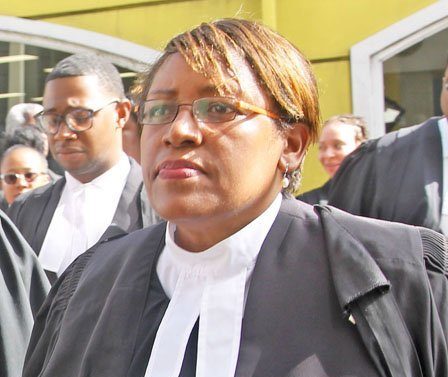 The Grenada Bar Association (GBA) has raised concerns on whether the constitutional rights of citizens are not being violated by the Keith Mitchell-led government which imposed a State of Emergency to tackle the coronavirus.

THE NEW TODAY has been made aware of a letter sent by GBA President Lisa Taylor to Guyana-born Attorney-General Darshan Ramdhani on the issue.

A top legal official in the country said that Taylor’s strongly worded letter was sent on Wednesday to the island’s Attorney-General and copied to the Chief Justice of the OECS Court, Dame Janice Pereira.

He said that the letter pointed to the fact that the courts in Grenada are sitting but that lawyers are being prevented from going to their respective offices to adequately prepare themselves to address matters before high court judges and sitting Magistrates.

According to the legal source, the GBA letter made mention of police arresting persons during the State of Emergency and that these persons are being denied the right to legal representation as provided for in the Grenada constitution.

The letter also reportedly brought to AG Ramdhani’s attention the fact that permission has been given by the local authorities to the Commercial Banks to open to do business to the public.

However, the female GBA boss pointed out that some commercial transactions involving the banks require the services of the lawyers who are virtually prevented from going into their offices to do work.

THE NEW TODAY understands that Acting Commissioner of Police, Edvin Martin has given some lawyers permissions to go into their offices.

But the lawyer who spoke on condition that he was not identified said that no permission was given to the clerks of law offices to go to work since they are needed because they play a critical role in the preparation of legal work for court matters.

He said that the permission given by Commissioner Martin restricted lawyers to go to their offices and take files to work from home only.

The GBA letter alluded to the fact that all law firms can engage in Social and Physical Distancing protocols to carry out their vital functions’ for the public.