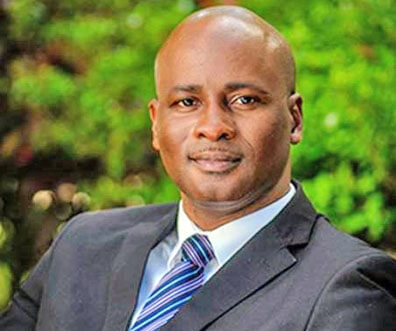 The way is now clear for the local high court to hear a case on the administration of justice in Grenada that can prove to be rather embarrassing to the Keith Mitchell-led ruling New National Party (NNP) government.

The Grenada Bar Association (GBA) has been given the green light by high court, Justice Raulston Glasgow to proceed with the case which is seeking to get the regime in St. George’s to properly fund the courts in Grenada and to provide the necessary tools for the proper administration of justice.

In its case, the bar cited the lack of transcripts from the high court to file matters before the Court of Appeal and the lack of sufficient personnel to properly man the legal system.

GBA is seeking to move the court to issue an order for the Minister of Finance, Gregory Bowen to forthwith provide adequate funds to enable the provision of adequate courts and associated accommodation.

The association also wants the judge to grant an order for the Minister of Finance to “forthwith meet all outstanding sums of money due to the Eastern Caribbean Supreme Court in accordance with its obligations so to do”.

The arguments were put forward for GBA by newly decorated Queen’s Counsel, James “Jimmy” Bristol while another newly installed QC, Darshan Ramdhani, the former Attorney General presented the case on behalf of the state.

Following is the ruling as handed down by Justice Glasgow:-

DECISION
[1] GLASGOW, J.: The applicant, the Grenada Bar Association (GBA), seeks an order pursuant to Part 21 .2 of the Civil Procedure Rules 2000 (CPR) to be appointed to represent itself and all litigants who appear before the Supreme Court in Grenada whether in civil proceedings or as the accused in criminal proceedings. The GBA makes this application further to an originating motion that it filed on 111h July 2019 asking for constitutional relief.

Background
[2] On 11th July 2019 the GSA filed an originating motion seeking the following:

(1) A declaration that the failure by the Government of Grenada to provide any or any adequate courts and associated accommodation is a breach of the claimant’s [GSA’s] fundamental right to a fair trial enshrined in section 8(8) of the Constitution.

(2) A declaration that the Government of Grenada’s failure to provide sufficient court administrative staff so as to ensure the timely production of trial transcripts is a breach of the claimant’s [GSA’s] fundamental right to a fair trial enshrined in section 8(8) of the Constitution.

(3) A declaration that the Government of Grenada’s failure to fund the Eastern Caribbean Supreme Court in accordance with its obligations so to do is a breach of the claimant’s (GSA’s) fundamental right to a fair trial enshrined in section 8(8) of the Constitution.

(4) An order that the Minister of Finance do forthwith provide adequate funds to enable the provision of adequate courts and associated accommodation.

(5) And order that the Minister of Finance do forthwith meet all outstanding sums of money due to the Eastern Caribbean Supreme Court in accordance with its obligations so to do.

(6) That the costs of and incidental to the application shall be paid by the respondents.

[3] On 17th July 2019 the GSA filed this application pursuant to CPR 21.2 seeking an order to be appointed to represent itself and litigants who appear before the Supreme Court of Grenada. The GBA is a non-profit organisation continued under the Companies Act 1994. The current membership of the GBA is approximately 125 legal practitioners in active practice. Section 4 of the Legal Profession Act1 (LPA) recognizes the GSA as the representative body of the legal profession in Grenada. That section empowers the GSA to represent and protect the interests of the legal profession in Grenada; assist the public in all matters relating to law; promote, maintain and support the administration of justice and rule of law; and do all things incidental or conducive to the achievement of those purposes.

Therefore, the GSA contends that it has the same vested interest in the due administration of justice and upholding of the fundamental right to a fair trial enshrined in section 8 of the Constitution as all civil litigants and accused persons before the Supreme Court2.

Evidence of Lisa Taylor in support of the originating motion and notice of application
[5] Ms. Lisa Taylor, the then President of the GSA, filed an affidavit in support of the originating motion which gave a historical background of the many challenges facing the court and its administrative staff with regard to the transient accommodation designated to house the court, physical deterioration of the court’s infrastructure, including the deterioration of the Supreme Court Registry building and the need for urgent repairs, the backlog of cases, delays in the production of transcripts and environmental concerns.

[6] Ms. Taylor says that the failure of the Government to provide adequate courts and associated accommodation and/or to provide sufficient court administrative staff so as to ensure the timely production of trial transcripts is a breach of the fundamental right to a fair trial pursuant to section 8 of the Constitution and is an abdication of the Government’s constitutional obligation to provide for the administration of justice. Further, Ms. Taylor says without the court’s intervention she fears that the state of the affairs will continue. Ms. Taylor requests that this affidavit in support of the originating motion also be accepted in support of the representative action application.

Evidence of Xiomara Forsyth in response to the application
[7] On 29th January 2021 Xiomara Forsyth, the Acting Registrar of the Supreme Court, filed an affidavit in opposition to GSA’s representative action application. Mrs. Forsyth avers that the application has no grounding in the originating motion before the court as it seeks to represent all litigants even those who stand accused before the court. The Registrar’s answer is that the GSA’s originating motion does not request any declaration that any accused person’s rights has been, is being or is likely to be infringed by the alleged state of the court system.

[8] Mrs. Forsyth says that litigants are presently having their matters heard and therefore there is clearly a large group of litigants who do not share any interest with other litigants and/or with the GSA. The identification of those persons would require a complete analysis of many matters before the court to determine whether there is any real risk that particular litigants are excluded from the matters which are sought to be litigated by the GSA.

Applicable rules under CPR
[9] Where a claimant is seeking to sue on behalf of himself and others he must be guided by the provisions of CPR Rule 21. The following rules are relevant:

21.1 (1) This rule applies to any proceedings, other than proceedings falling within rule 21.4, in which 5 or more persons have the same or a similar interest. (Bold emphasis).

(a) a body having a sufficient interest in the proceedings; or

(b) one or more of those persons; to represent all or some of the persons with the same or similar interest.

(3) A representative under this rule may be either a claimant or a defendant.

Appointment of representative claimant or defendant – procedure
21.2 (1) An application for an order appointing a representative party may be made at any time, including a time before proceedings have been started.

21.2 (a) a body having a sufficient interest in the proceedings; or

(b) one or more of those persons;

– to represent all or some of the persons with the same or similar interest.

(1) An application for an order appointing a representative party may be made at any time, including a time before proceedings have been started.

(b) person or body who wishes to be appointed as a representative party;

(c) person who is likely to be a party to proceedings.

(3) An application for such an order must –

21.3 (a) be supported by affidavit evidence; and

(b) identify every person to be represented, either

(ii} by description, if it is not practicable to identify a person individually.

(1) If there is a representative claimant or defendant, an order of the court binds everyone whom that party represents.

Case for the GSA
[10] Counsel for the GBA in written submissions filed on 161h February 2021 submits that Lord MacNaghten in the case of Duke of Bedford v Ellis3 identified three conditions which are required to be fulfilled by those seeking to act in representative capacity in a claim. First, the parties must have the same interest in the proceedings. Secondly, they must have a common grievance and thirdly, the relief sought must be beneficial to all.

[11] Lord MacNaghten made the following observation in Duke of Bedford:

“If the persons named as plaintiffs are members of a class having a common interest, and if the alleged rights of the class are being denied or ignored, it does not matter in the least that the nominal plaintiffs may have been wronged or inconvenienced in their individual capacity. They are none the better for that and none the worse. They would be competent representatives of the class if they had never been near the Duke; they are not incompetent because they may have been turned out of the market. In considering whether a representative action is maintainable, you have to consider what is common to the class, not what differentiates the cases of individual members.”

[12] In discussing what constitutes class membership, counsel for the applicant relies on the learning extracted from Emerald Supplies Ltd. v British Airways pies and in particular the dictum of Lord Justice Mummery at paragraphs 45, 48 to 49 where he observes that –

(Commenting on Duke of Bedford v Ellis) “They were a large, indefinite and fluctuating class consisting of persons having the same rights and relying on one and the same Act as their charter. The House of Lords rejected the nature of that class as an objection, holding that, although it might be difficult or impossible to compile a catalogue of growers, there was not much difficulty in determining whether a particular person claiming a preferential right was a grower or not. Thus the representative class with same interest can fluctuate: under the rule what matters when the action starts is that there is a class of more than one person.”

(Elucidating further on what constitutes class membership) “in the case of representative actions it is essential that the class on behalf of which the relief is sought should be defined: it is impossible for the court to give any judgment as to the rights of the parties by virtue of their being members of a class without it being defined what constitutes membership of the class. That requirement is satisfied in a case where all the members are identifiable and have the same interest.. ”

“The fundamental requirement for a representative action is that those represented in the action have “the same interest” in it. At all stages of the proceedings, and not just at the date of judgment at the end, it must be possible to say of any particular person whether or not they qualify for membership of the represented class of persons by virtue of having ‘1he same interest” as Emerald. This does not mean that the membership of the group must remain constant and closed throughout. It may indeed fluctuate. It does not have to be possible to compile a complete list when the litigation begins as to who is in the class or group represented.”