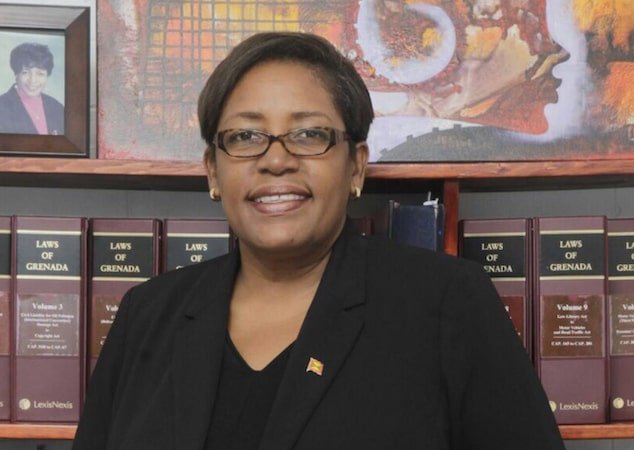 The powers-that-be in Grenada have relented and made provisions for attorneys-at-law in the country to open their offices for business to the public.

THE NEW TODAY has obtained the copy of a letter sent to the President of the Grenada Bar Association (GBA), Lisa Taylor from the Office of Acting Commissioner of Police, Edvin Martin setting out the conditions under which the lawyers will be allowed to open up their offices.

The letter came against the backdrop of a letter that the female Bar Association President had written to Attorney General, Guyana-born Darshan Ramdhani complaining that persons who are detained by the Police during the ongoing State of Emergency are having their Constitutional rights violated since lawyers are prevented from coming to their legal assistance.

Taylor called for lawyers to be allowed to open their offices for business since they are required to do certain legal work including conveyances and mortgages for banks that are now open to the public.

Following is the letter from Acting Commissioner of Police, Martin:- 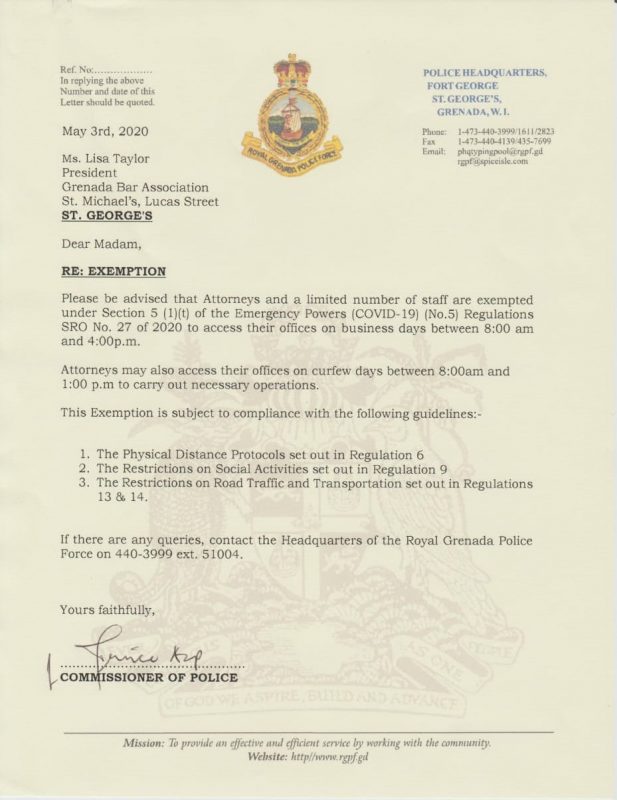