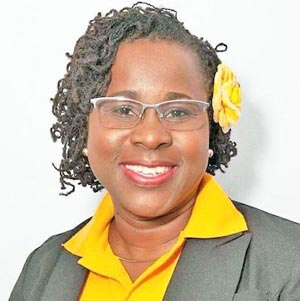 An Attorney-at-law is challenging the powers given to Traffic Wardens by the Keith Mitchell-led government to issue tickets to persons who allegedly violate the traffic laws of Grenada.

THE NEW TODAY has obtained the copy of a lawsuit filed in the Supreme Court Registry by former Attorney General, Jimmy Bristol on behalf of his client, female barrister-at-law, Claudette Joseph who is challenging a ticket slapped on her by a Traffic Warden on September 29.

The Constitutional Motion was served Wednesday on Guyana-born Attorney General Darshan Ramdhani by the law firm of Henry, Henry & Bristol.

According to the motion, Joseph who is the Public Relations Officer (PRO) of the main opposition National Democratic Congress (NDC) is seeking to get the high court to rule that the appointment of Traffic Wardens by the Transport Board is null and void and as such unconstitutional.

The female attorney is also seeking before the high court the following:-

The Claimant, Claudette Joseph, Mt. Parnassus in the parish of St. George in Grenada, applies to the Court for the following relief:

In her affidavit Joseph states the following: