Four months after 24-year old popular Gouyave footballer, Jamal Charles was shot by the police, attorney-at-law Jerry Edwin has filed a civil lawsuit against the Corporal of Police who fired the bullet from the gun which inflicted the wound.

The move comes weeks after a police investigation into the shooting exonerated the police officer of any wrongdoing in the incident.

The shooting of the footballer, referred to as the “Pride and Joy” of St. John sparked off angry protest in Gouyave with residents throwing debris and missiles in the street in support of the Charles family.

Jamal was shot as a police party attempted to enter the family home in search of his elder brother who was wanted for questioning in connection with an alleged infringement of the law.

As a public service, THE NEW TODAY reproduces in full the lawsuit filed by Attorney Edwin: 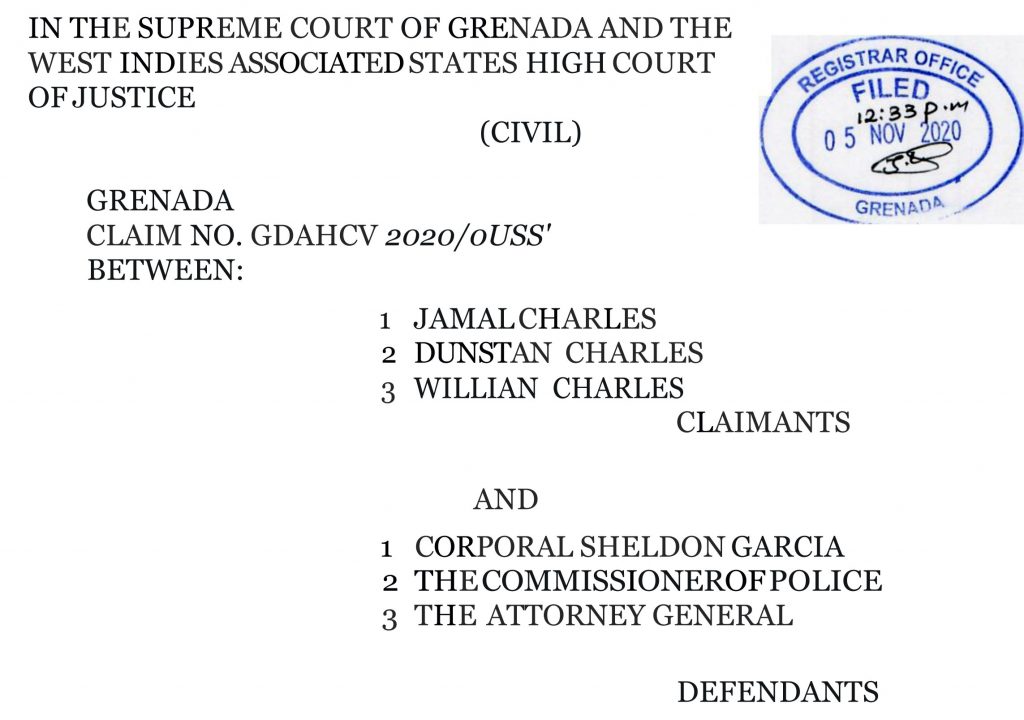 Particulars of injury of the First Claimant

15.The contingent of police officers entered on the residence of the Claimant without a warrant.

AND the Claimants claims:

i. In the case of the First Claimant, special, general and vindicatory damages for personal injury resulting from a gunshot inflicted on his upper right tight by the First Defendant on Sunday 5th July 2020 at his home in Langton Road aforesaid.

AND further in the case of all three Claimants

III. Interest at such rate and for such period on the sum awarded as this Honourable Court may determine pursuant to its powers under Section 27 of The West Indies Associated States Supreme Court (Grenada) Act, Cap. 336 of the 2010 Edition of the Continuous Revised Laws of Grenada.

iv. Such further and/ or other relief as this Honourable Court deems just. 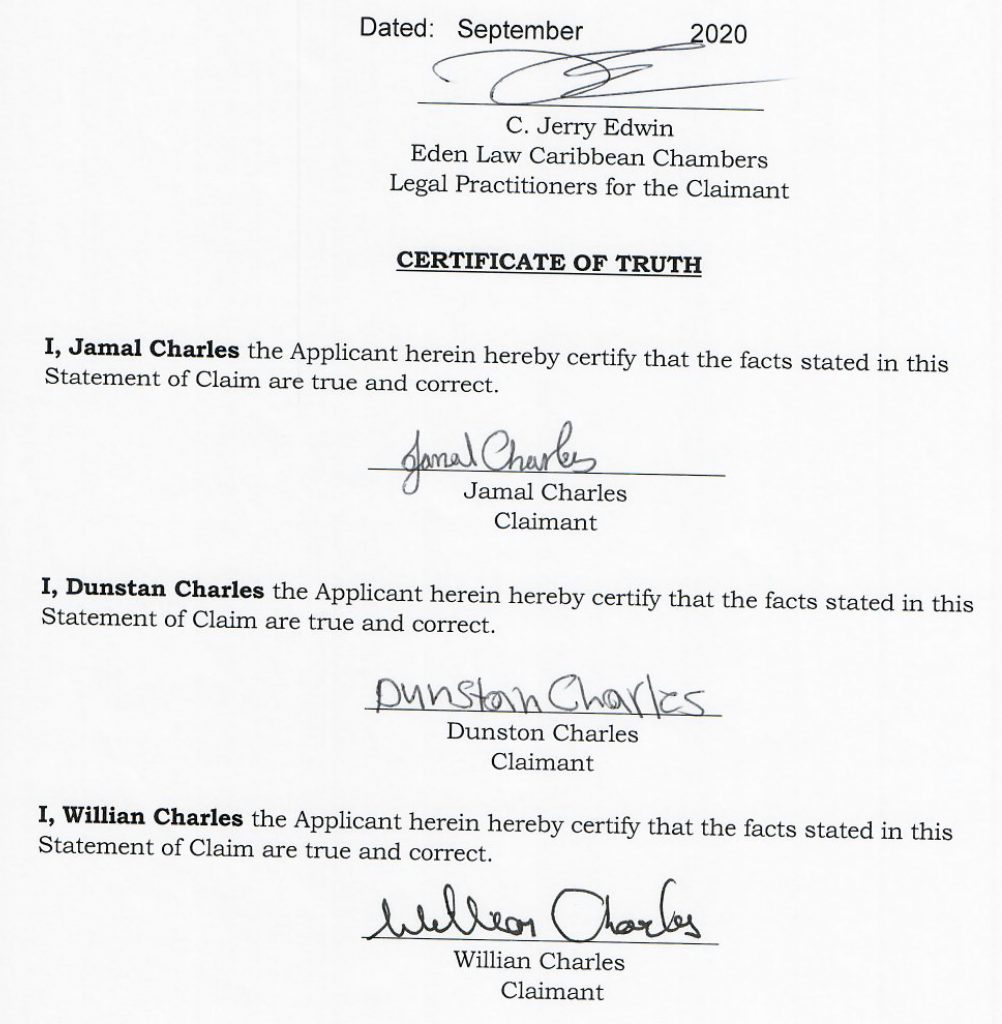