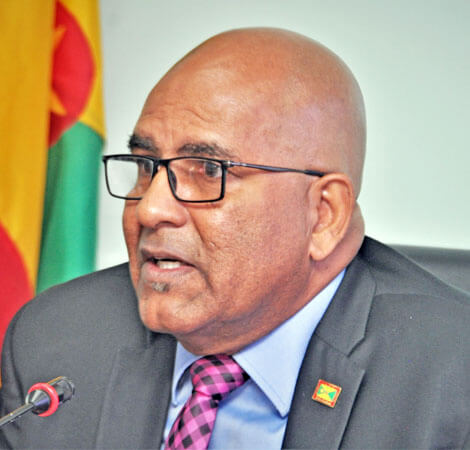 Minister David – accused of under-performing as Minister of Labour

The Ministry of Labour is a disaster

That’s the charge made by one of the island’s most senior trade unionist who expressed grave concerns about the performance of the Ministry which has been in the hands of newly appointed Agriculture Minister, Peter David since the 2018 general election.

He said the Ministry of Labour is badly under-staffed and not serving the best interest of workers at the moment.

He identified the current Labour Commissioner, Cyrus Griffith who is on contract after passing the age of retirement about three years ago along with Senior Labour Officer, Reginald Lord as “the only two substantial workers you have inside there”.

According to the official, the Ministry of Labour is without adequate staff to perform its role with most of the staff not trained and merely sitting “on a desk recording name and so” as their main job description.

“It ain’t have one of that in the ministry right now – not a single one,” he remarked.

The trade unionist said that the established trade unions on the island – Public Workers Union (PWU), Grenada Union of Teachers (GUT), Seamen & Waterfront Workers Union (SWWU), Commercial & Industrial Workers Union (CIWU) and Bank & General Workers Union (BGWU) – are aware of the lack of qualified workers at the ministry and that limited results are received from industrial disputes but are not speaking out about it in public.

The longstanding trade union leader described Minister David as nothing but “a nice boy” as Minister of Labour with a track record of not getting things done on the labour front.

According to the veteran trade union leader, the category of workers who are mostly affected and have serious labour issues and in need of help are those persons hired to work in Indian stores on the island.

He said these workers are not unionised and are being taken advantage of by the owners of Indian stores.

“They (store owners) fire you and they ignore the Labour Code, he added.

Last week, a trade unionist complained that PWU, TAWU and GUT were forced to take their industrial dispute with government over Pension to court due to lack of progress before the Ministry of Labour.