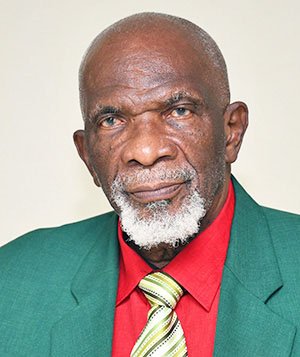 The President of the Grenada Olympics Association (GOA), Royston La Hee has denied reports circulating that the body had deliberately swept under the carpet allegations that one of its Executive members was engaged in wrongdoing of a financial nature.

THE NEW TODAY contacted La Hee to clear the air on allegations that the member extorted money from a landscaper who was hired to do some work on the site in Morne Rouge, Grand Anse where the GOA built its multi-million dollar headquarters.

He admitted that it was “a serious allegation” but that the Olympic body could not reach a conclusion of any wrongdoing on the part of its Executive member due to a lack of concrete evidence from the Landscaper.

According to LaHee, the Landscaper came to see him in 2018 at his then office at Huggins Motorland in Grand Anse with an allegation against the executive member.

He said: “A gentleman came to me at my office, I was working with Huggins in 2018 with an allegation that this (extortion of money) had happened. I said, you are sure about what you are telling me…”

LaHee stated that he got his own personal Secretary at the company to take a statement from the gentleman about the allegation of the corrupt act which was also signed to certify that what was given by the landscaper was truthful.

“…I told him that I will look into it,” said the GOA boss.

THE NEW TODAY understands that the Landscaper was put in touch with La Hee on the matter by the powerful and influential General Secretary of the Olympic association, Veda Bruno-Victor.

The GOA boss indicated that he called the Executive member and put it straight to him that there was this specific allegation made by the Landscaper about him demanding money from the worker for the job done at the site.

“He (Executive member) denied it, he said he had nothing to do with that. He doesn’t know what the chap is talking about.

According to La Hee, he informed the Executive member that the matter would be brought to the attention of the governing Council of GOA for discussion.

“I brought it up with the Executive at a meeting, read out the letter and asked the gentleman who was accused to make a comment. He said that he had nothing to do with it.

LaHee said that the Landscaper could not convince the GOA body of any wrongdoing as he did not have any evidence to substantiate the extortion claim.

He stated that the gentleman did indicate that he had a witness who was his wife and she was aware of the GAO official asking for kickback money for giving him the job.

“I asked him if he had any witnesses, and he said that the only witness that he had was his wife who was out of the island.

According to LaHee, the Landscaper never brought his wife to substantiate the allegations made against the Executive member.

“The wife is not in the island – she went to Guyana, she is Guyanese and never came back to the island for us to ask her a question. It was just his word against the Executive.

THE NEW TODAY can confirm that the Landscaper’s wife is presently in Grenada and had not been contacted by the GOA Executive for any information on the allegation of wrongdoing by its executive member.

LaHee pointed out that it was difficult for the Executive to make a decision on the allegation as it boiled down to one person’s word against the other.

LaHee pointed out that he had seen the Landscaper several times since the meeting and notified him that the Executive met on the issue and could not do anything about it due to a lack of sufficient evidence.

He said the GOA could have only taken action if the complainant had provided them with a receipt of the financial transaction.

“There was just no evidence to support his accusation,” he remarked.

When contacted, the Landscaper denied that he was ever told by anyone from the Olympic association to bring his wife before the body to substantiate the allegation against the Executive member.

This newspaper cannot independently substantiate reports that a lawyer serving on the GOA body influenced other members on arriving at the position that one person’s word cannot be used legally against another.

La Hee also denied that the Landscaper was dismissed from the job for making the unsubstantiated allegation against the executive member.

He said the individual was not employed on a permanent basis but only contracted to clean up the area for that point in time.

THE NEW TODAY understands that a group within GOA is making a bid for the investigation of alleged wrongdoing is re-opened in light of fresh evidence that the witness to the financial transaction is on the island.