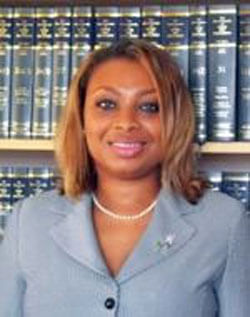 Assistant Superintendent of Police (ASP) Senneth Joseph might be weighing his options after a high court judge ruled against him in a matter involving the Public Service Commission (PSC).

Joseph, the former head of the Financial Intelligence Unit (FIU), brought the case after he was overlooked for promotion on more than one occasion within the Royal Grenada Police Force (RGPF).

When Prime Minister Dr. Keith Mitchell returned to power after the 2013 general election, one of his first acts was to give instructions for ASP Joseph to hand over all keys to the FIU office.

Under ASP Joseph’s command the unit was known to be spearheading investigation into alleged wrongdoing by current Minister of Finance, Gregory Bowen in the oil and gas agreement with the Russian company known as Global Petroleum Group (GPG).

The FIU is known to have had in its possession a document in which the Russians had raised concerns about a payment of just over EC$1 million allegedly linked to Bowen, the Deputy Political Leader of the ruling New National Party (NNP).

In the case filed before high court, Justice Agnes Actie ruled that ASP Joseph did not make out a successful challenge against the inactions or decisions of the Commission in relation to his promotion or eligibility for promotion.

Moreover, she said the senior police officer “has not specifically pleaded, asserted or proved any pecuniary loss or damage” but merely asserts that the PSC “violated his constitutional rights, and its actions were improperly motivated, unfair and unconstitutional, among other things.

“The court is of the view that Mr. Joseph is not entitled to any reliefs or declarations sought, including an order of mandamus and damages, including vindicatory damages as claimed.

“Mr. Joseph has not found any basis for inferring that the Commission had been improperly influenced or had abdicated its independent decision-making function in the appointment process.

“The only criticism made was of the implied suggestion that the Prime Minister might have brought his political influence to bear in statements made. However, this was not substantiated with any palpable evidence that the commission was influenced by those statements”.

As a public service, THE NEW TODAY reproduces the Senneth Joseph case which could have implications for other public officers with respect to the actions of the PSC that is currently headed by former Cabinet Secretary, Beryl Isaac:

[7] Counsel for Mr. Joseph, Mr. V. Nazim Burke, submits that it is the duty of the Commission to appoint and promote officers pursuant to section 89(2) of the Constitution. Mr. Burke relies on Regulations 15, 16, 17, 19 and 20 of the Public Service Commission Regulations.

[8] Mr. Joseph states that between the years 2013 and 2018, there were at least 10 promotions of police officers in 2014, 2015 and 2017 by the Commission. Mr Joseph said that he had been consistently and consecutively passed over for promotions.

[9] In considering the Commission’s actions or in actions in not promoting Mr. Joseph during the relevant period between 2013 and 2018, the court’s decision is guided by the learning from the recent Court of Appeal case of Elmoalis Ltd. v The Attorney General of Anguilla1.where our Chief Justice Her Ladyship Dame Pereira stated:

“Before turning to each of these alleged illegalities, Iob serve that these allegations, like those which were made in the court below, centre on matters that took place at the level of the Evaluation Committee. As stated by Lord Brightman in Chief Constable of the North Wales Police v Evans, judicial review is concerned, not with the merits or demerits of a decision, but with the decision-maker’s decision-making process. The Evaluation Committee, of itself, is not a decision maker under the Procurement Act.”2 (Emphasis supplied)

[10] Therefore, in light of the above learning I am enjoined to consider whether the Commission’s decision-making process was properly followed. The Commission published Public Service Commission Regulations 1969 for the discharge of its functions.

[11] Regulation 15 provides for the appointment of Selection Boards and reads as follows:

The Commission may, from time to time, appoint one or more Selection Boards to assist in selection of candidates for appointment to public offices and the composition of any such Board and the form in which its reports are to be submitted shall be in the discretion of the Commission.

On consideration of any report of a Selection Board, the Commission may, in its discretion, summon for interview any of the candidates recommended by such Board.

[12] Regulation 16 mandates that where a vacancy arises in a public office the Permanent Secretary or Head of Department shall communicate to the Chief Personnel Officer his or her recommendation in writing for the filing of the vacancy to the office. Regulation 16provides:

Recommendations for filing public offices
(1) As soon as it is known that a vacancy will occur in a public office the Permanent Secretary or Head of Department shall communicate thereon to the Chief Personnel Officer in writing and shall make his or her recommendation regarding the filling of the vacancy.

[13] Counsel for the Commission, Ms. Karen Samuel, submits that the language of the Public Service Commission Regulations gives it certain levels of discretion as to which process it shall take when considering promotions. Ms. Samuel relies on the authority of Ausbert Regis, Commissioner of Police v The Attorney General of St. Lucia3 and the case of Antonia Martial v The Public Service Commission4. She states that Mr. Joseph alleges that the Commission has abdicated its responsibility to other public authorities and/or public bodies. However, she states Mr. Joseph has not placed any evidence before this court that the Commission received directives from these bodies.

Principles of selection for promotion
(1) In considering the eligibility of officers for promotion, the Commission shall take into account the seniority, experience, educational qualifications, merit and ability, together with the relative efficiency of such officers, and, in the event of an equality of efficiency of two or more officers, the Commission shall give consideration to the relative seniority of the officers available for promotion to the vacancy.

(2) The commission, in considering the eligibility of officers under sub regulation(1) for an appointment on promotion, shall attach greater weight to-

(a) Seniority, where promotion is to be an office that involves work of a routine nature; or

(b) Merit and ability where promotion is to be an office that involves work of progressively greater and higher responsibility and initiative than is required for an office specified in subparagraph (a). (Emphasis supplied)

(3) In the performance of its functions under sub regulations (1) and (2), the Commission shall take into account as respects each officer-

(b) The positions of his or her name on the seniority list;

(d) Any special courses of training that he or she may have undergone (whether at the expense of Government or otherwise);

(e) The evaluation of his or her overall performance as reflected in annual staff reports by an Permanent Secretary, Head of Department or other senior officer under whom the officer worked during his or her service;

(f) Any letters of commendations or special reports in respect of any special work done by the officer;

(g) The duties of which he or she has had knowledge;

(h) The duties of the office for which he or she is a candidate;

(i) Any specific recommendation of the Permanent Secretary or the Head of Department for filling the particular office;

(j) Any previous employment of his or her in the public service, or otherwise;

(k) Any special reports for which the Commission may call;

(l) His or her devotion to duty.

(4) In addition to the requirements prescribed in sub-regulations (1), (2) and (3), the Commission shall consider any specifications that may be required from time to time for appointment to the office in question.

[15] With regard to Mr.Joseph’s relevant promotion history in the case at bar, it is the evidence that he was promoted to the rank of Inspector of Police sometime in the year 2007. Mr. Joseph was also promoted in 2019 and 2020 via letters from the Commission dated 31st January 2019, to act in the position of Assistant Superintendent of Police and by letter dated 27th May 2020 he was given a definitive appointment to the post of Assistant Superintendent of Police.

(b)
Inspector of Police

Provided that the Governor-General may, by Notice published in the Gazette, from time to time amend those ranks.

[18] The distinction between Regulation 25 which deals with acting appointments which are not a prelude to a substantive appointment and Regulation19 which deals with permanent or definitive appointments was considered by the Privy Council in the case of Harinath Ramoutar v Commissioner of Prisons and Public Service Commission. The appeal before the Privy Council arose out of an application for judicial review from the appellant, Harinath Ramoutar, for an appointment to the rank of acting Chief Prisons Welfare Officer. In considering the Trinidad and Tobago Public Service Commission Regulations 18 and 26, which are similar to our Regulations19 and 25 respectively, Lord Sumption held that:

“In the case of permanent appointments and appointments intended as the prelude to permanent appointments, seniority is one factor among many in the assessment of candidates, but it is never conclusive, and for the more responsible appointments it may be of very limited weight; whereas for purely acting appointments it is stated to be the general rule. This reflects significant differences in the nature of these appointments. The appointment of a stand-in on an acting basis is essentially an internal reallocation of the duties of existing staff to meet the exigencies of the service. It is temporary. It may fall to be made at short notice and sometimes for short periods”7. (Emphasis supplied)

[20] However, in the case at bar, Mr. Joseph asks the court for an order of mandamus appointing him definitively or permanently to the post of Superintendent of Police with retroactive effect. Mr. Joseph is not seeking an acting appointment in his claim or relief. The applicable regime in this case is Regulation 19(2) by which deals with permanent appointments. Therefore, the Commission, in determining whether or not to promote Mr. Joseph was enjoined to consider Regulation 19(2) b and (3) which provides that the Commission shall attach greater weight to “merit and ability where promotion is to be an office that involves work of progressively greater and higher responsibility and initiative than is required for an office 8” of a“routine nature.”9

[21] Regulations 19(2)b and19(3)are pellucid that the Commission shall give greater weight to merit and ability of the officer, among a long list of other factors as contained in Regulation 19 subregulation(3). It is therefore incorrect for Mr. Joseph to posture that the main basis or paramount consideration for a promotion in the circumstances of this case is seniority and a good report. The criteria are no more than matters to be “taken into account”. As the Privy Council held in Ramoutar, the seniority of an officer is only given greater consideration as a general rule for acting appointments pursuant to Regulation 25.