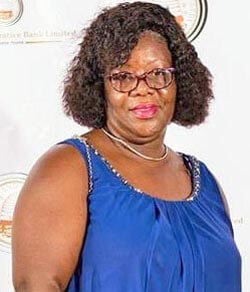 A female high court judge has ruled in favour of the State following a motion filed by former Cabinet Secretary, Gemma Bain-Thomas that her constitutional rights were being violated by the failure of the Keith Mitchell-led New National Party (NNP) government to pay her close to EC$1 million dollars over her dismissal from the post soon after he won the 2013 general election.

The judge ruled on Tuesday that Bain-Thomas can pursue other avenues to get payment and not go through the route of an infringement of her constitutional right.

A legal source told THE NEW TODAY that the judge felt that there are “alternative remedies” that can be instituted other than a Constitutional Motion.

The female judge urged the defendant’s lawyer, former Finance Minister, Nazim Burke to take steps for the Permanent Secretary in the Ministry of Finance, Mike Sylvester to pay Bain-Thomas the outstanding sums and if he fails to do so then the defendant should haul in for contempt of court.

“We are commencing the legislative steps immediately,” said a source familiar with the case.

According to the source, the judge in handing down her decision totally ignored previous statements made by Prime Minister Mitchell that it was an “immoral and unjust act” by the previous Congress government of PM Tillman Thomas to confirm the appointment of Bain-Thomas to the post of Cabinet Secretary.

He said the judge’s decision in the matter seems to fly in the face of an earlier ruling in the Eric Gairy estate matter brought against the State for the confiscation of properties owned by the deposed leader when he was toppled in a coup d’etat on March 13, 1979 by late Marxist leader, Maurice Bishop.

Gairy’s attorney, late Queen’s Counsel, Derek Knight was able to haul the then Finance Minister Anthony Boatswain before the sitting high court judge, Guyana-born Justice Kenneth Benjamin who refused to allow the senior government minister to leave the court until the State made a certain payment on the debt due to Sir Eric.

According to the source, the female judge in insisting that the right person to be held accountable for the payment to Bain-Thomas is the PS in Finance, Mike Sylvester and not the Minister of Finance, Gregory Bowen.

She relied on a Court of Appeal ruling by former OECS Chief Justice, Sir Dennis Byron which placed the responsibility on the PS in the Ministry of Finance.

The Byron ruling indicated strongly that the PS Finance is “the one you have to go after”.

According to the source, the female high court judge seems to have a different interpretation of the ruling handed down in the Gairy matter by the London-based Privy Council, the last appellate court for Grenada.

The judge did give a verbal ruling Tuesday on the issue and promised to give a written judgment by Wednesday or Thursday.

The source said that Bain-Thomas is now required to get a certificate from the court and then hand it to the PS Finance to make a schedule of the payment due to her and failing which he can be taken before a judge for contempt of court.

The Mitchell government had made Bain-Thomas an offer of a monthly payment that is equivalent to her salary as Cabinet Secretary but she turned it down and insisted on a lump sum payment to bring closure to the matter with the State.

The source expressed fears that Tuesday’s ruling by the female high court judge can empower a Prime Minister to throw anyone out of the public service since the money is not coming directly from his pocket to compensate the individual but will put a strain on the Treasury.

He said it can be interpreted that if a Prime Minister “doesn’t want you there and the Treasury just pay money – it’s the government money – it’s not coming out of his pocket”.

“The Constitution was put there especially to protect public officers like that (Bain-Thomas). The Constitution is there to protect the workers so if a Prime Minister or a minister doesn’t want somebody that is his problem – he could move them to other parts of the service but he can’t kick them out,” he added.

Since coming into power in 1995, Prime Minister Mitchell has moved against several top Public Officers including Accountant General, Garvey Louison who are now pensioners with a monthly income from government although they have not reached the mandatory retirement age of 60 from the public service.