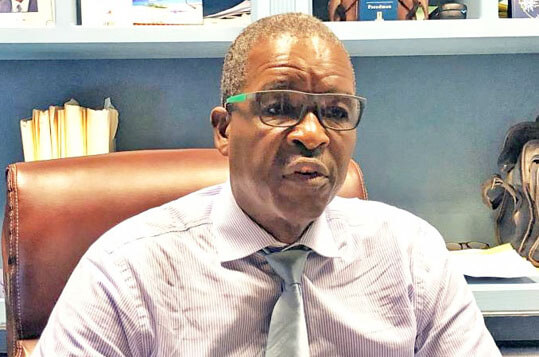 U.S-trained attorney-at-law, Jerry Edwin is in talks with the Regis family of Fontenoy, St. George to represent them in the shooting incident with the police in which one family member was fatally shot dead and one received a gunshot wound to the shoulder within the past month.

A family member told THE NEW TODAY that Edwin was approached by the family last weekend and agreed to enter into discussion with them on possible legal representation.

The first shooting incident resulted in former national swimmer Chris “Santa” Regis being shot in the arm by a police officer during a raid on his home in connection with a ganja spliff that he was smoking.

The other shooting resulted in the death of Chris’ father, Trevor Regis who days after the incident attacked three police officers, injuring two before he was shot four times by a third police officer in the city.

The shooting of the Regis family members is still a thorny issue between the Royal Grenada Police Force (RGPF) and members of the Fontenoy community who believe that the incident could have been avoided.

A prominent member of the village told THE NEW TODAY that he and Trevor were friends since boyhood days when the deceased migrated from St. Patrick in the north of the island at around age five to live in the area.

“When I get the news (of the fatal shooting) my whole system changed,” he said.

According to the resident, he was not taken by surprise over the reaction of the deceased to come to the aid of his son following the initial shooting incident with the police at the family home.

“He (Trevor) doesn’t make joke for his children. He always say, do me what you want but don’t do my children anything. I know how he feel. People don’t understand human emotions”.

The fellow villager concluded that the father would have been heavily impacted when he visited the hospital and saw the condition of his son lying on the bed suffering from a police bullet and believed that “he just lose it”.

“We always had a lot of respect for one another… so we were real good,” he said, adding that he and Trevor “were real tight”.

He said the relationship between the two of them were cemented because they were members of the Southern Fishermen’s Association where Trevor was a shareholder.

Another villager who owned a boat on which Trevor worked as a fisherman for years before retirement said that the deceased was always close to his children and often talked about defending them at all times.

“That man was my good buddy. I feel sorry for Trevor. I feel sad for the man – Trevor gone.”

According to the boat owner, he suspects that the visit to the son at the hospital would have agitated the father who loved his children “very dearly”.

He said that he had heard about the shooting of “Santa” for the ganja stick but it was only days later that he became aware that it was Trevor’s son who was injured.

He said that he even spoke to the father soon after the incident but he never mentioned anything to him about the incident.

“Am surprised but not surprised. You see if somebody don’t (interfere with) him, he wouldn’t do you anything just so. He ain’t crazy or anything. The man ain’t crazy – the man sound, sound, sound.

“The man is my good buddy – we used to brave the sea for years. It’s sad – I feel real sorry for Trevor. The thing about it – they jook up the man. If they didn’t do his son that he ain’t doing anybody nothing.

“I don’t think he could have taken that shooting with his son. He is cool and quiet, laugh and talk but he’s deadly. If he tell you that he’s coming for you – he’s coming.

The Director of Public Prosecutions will review the files sent to him by the police force which probed the two shooting incidents.

Trevor Regis will be laid to rest on November 16 at the St. George’s Cemetery.