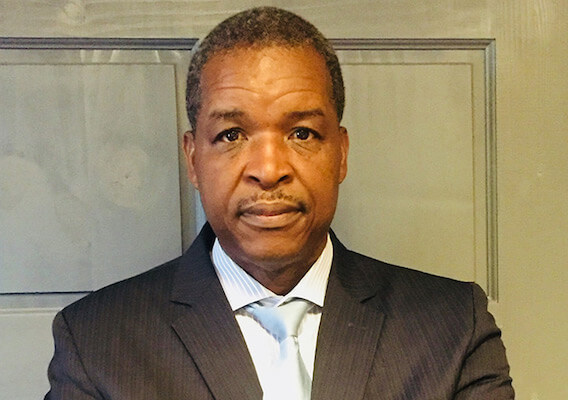 Attorney-at-law Jerry Edwin has blasted the Royal Grenada Police Force (RGPF) for the indiscriminate manner in which it was conducting operations in poorer areas of the country as opposed to the more upscale parts of the island where the rich and wealthy are living.

In a scathing attack on the police force, Edwin said that a case in point was the manner in which a police party attempted “an illegal entry” at the home of a family in Gouyave a week ago in which his client, Jamal Charles, was shot in the leg.

The American-trained barrister accused the police officers of attempting to enter the Gouyave house without a search warrant in their possession.

Jamal, a 24-year old national footballer, was shot in an incident in which his mother allegedly refused to allow a police party to enter her home without a search warrant.

The incident sparked off protest action in Gouyave with residents throwing garbage onto the streets and setting objects on fire.

In an interview with THE NEW TODAY, Edwin said that the rich people in Lance Aux Epines and the well-to-do living in Westerhall Point are not subjected to this type of operation by the police force.

He charged that those people living in the upscale areas on the island “have no greater right of privacy than the home owner in Gun Battle”.

“The poor residents in Gun Battle have as much right to privacy in their home as to the person in Lance Aux Epines and Westerhall Point,” he said.

“I bet you that the police ain’t going in someone’s home in Lance Aux Epines and Westerhall Point and trying to push open their gate…”, he added.

Edwin went on: “They (the police) don’t push their way in, they don’t get into a tussle with a homeowner in Lance Aux Epines to say we are coming in and get away from the door.”

RGPF has been coming under fire in recent weeks over a few controversial incidents on the island.

The police were slammed over its handling of an incident in the well-to-do area of Fort Jeudy at the end of June in which a black man, Evan Smith was allegedly beaten by a white English couple, Sarah Hattan and Donal Kavanagh, after the vehicle he was driving hit and killed their dog.

There are reports that police reacted with speed and were in Fort Jeudy within minutes after receiving a call from the white couple about the incident.

Locals have often complained about the length of time taken by RGPF members to attend to their concerns over incidents in their area.

RGPF charged the white couple for “Harm” following the beating of Smith but was forced to back-off from laying a charge of trespass and using threatening or insulting language against Nicole Smith, the wife of the beaten man in the face of public uproar.

Information also circulated that Kavanagh has strong links to the police force as the Engineer who services the engines of the local coastguard vessel.