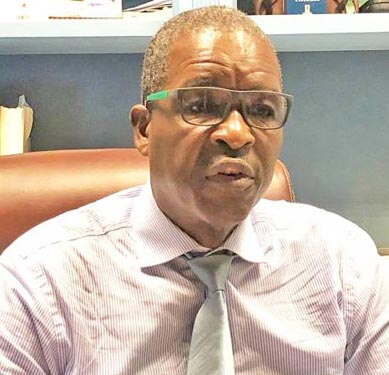 …39 years later, I am asking ordinary citizens to come back to Mt Wheldale to free the constitution from being hijacked by politicians and the police

Outspoken attorney-at-law, Jerry Edwin is calling on Grenadians to come in thousands on Wednesday at the front of Mt. Wheldale in St. George to protest while Parliament is meeting to voice their opposition to a controversial bill to be passed in the House by government that will trample on their constitutional rights.

“…I am calling on citizens to meet and greet in loud protest against the Parliamentarians who want to hijack the constitution,” said the U.S-trained barrister.

In a statement issued to THE NEW TODAY on Sunday, Edwin recalled the events of October 19, 1983 when thousands of Grenadians moved into Mt. Wheldale to free late Marxist Prime Minister Maurice Bishop who was placed under house arrest at his official residence by persons within the then ruling New Jewel Movement (NJM) who were loyal to his deputy, Bernard Coard.

One of the current members of the government, Foreign Affairs Minister, Peter David was part of the Coard Gang that had attempted to seize control of the Grenada Revolution from Prime Minister Bishop who was executed on Fort George less than two hours after he was freed from house arrest.

“…39 years later, I am asking ordinary citizens to come back to Mt Wheldale to free the constitution from being hijacked by politicians and the police,” he said.

According to Edwin, the Legislature of Grenada has lost its “collective mind” with the intention of the bill that apparently seeks to curtail the fundamental rights of people.

Prime Minister Mitchell has said that the proposed bill is intended to put in place a limited State of Emergency on the island for a one-year period.

The bill gives members of the Royal Grenada Police Force (RGPF) and health officials sweeping powers to place persons suspected of having COVID-19 under detention and confinement.

In addition, it specifies that persons can seek legal redress of their constitutional infringement before a Magistrate’s court and makes no mention of the High Court which is the legal entity to adjudicate on constitutional matters.

The bill also provides for stiff penalties of $25, 000.00 in fines and a one year prison sentence for persons violating the COVID-19 regulations.

According to Edwin the bill in its present form is not necessary since Grenada has no COVID-19 issues and is not in crisis due to the virus.

“So what is the agenda of the Parliament and its Government’? asked the attorney who was one of the leaders in the recent protest action outside the U.S Embassy at Lance Aux Epines to show support for the minority Afro-American and Black community in the United States in the wake of the killing of George Floyd by a white policeman.

Edwin took a swipe at Grenada’s Guyana-born attorney general, Darshan Ramdhani who is the architect of the controversial bill on instructions from the Cabinet of Ministers headed by Prime Minister Mitchell.

He said: “The attorney general is confused. He did not realise that his oath was sworn to protect the constitution. He was imbibed with the false belief that he swore allegiance to the Parliament. We the citizens have a duty to correct his error and to correct the parliamentarians who are similarly confused.

“This coming Wednesday we are asking all fair minded Grenadians who believe they are entitled to privacy in their home who believe that no police officer has a right to enter without warrant or invitation (to join the protest).

“If you think these are your basic rights come join myself and other lawyers who are steaming with outrage that the people we elect want to put the policeman’s boot on our neck. Not here, not now, not ever,” he added.

THE NEW TODAY understands that several of the island’s leading criminal defence attorneys are making moves to get the members of the Grenada Bar Association (GBA) to join in the protest action against the controversial bill.

Edwin indicated that the highest law of the land is not the 15 Parliamentarians but the constitution which is “the supreme law and lawyers are its guardian”.