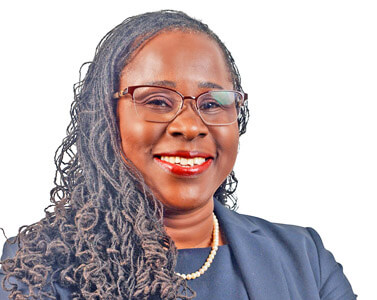 An exorbitant sum has been paid by the government so far, and we are not able as yet to determine the services that were provided to the people of Grenada for those sums of monies.

Those were the words of Attorney General, and Minister for Legal Affairs and Labour, Claudette Joseph as she provided an update on the ongoing investigation into the controversial FAITH Organisation for People’s Development Corporation Inc., a non-profit organisation, that was contracted by the former Keith Mitchell-led New National Party government to manage the sanitisation of schools during the COVID-19 pandemic.

Minister Joseph told reporters that there is an ongoing investigation into FAITH and gave assurance that “I guarantee you we will not leave any stones unturned, especially as it appears in this case that there was a gross misallocation of the people’s money.”

According to the female government minister, the newly installed National Democratic Congress (NDC) administration of Prime Minister Dickon Mitchell took the decision to end the contractual agreement with FAITH, which she contends has not been delivering value for money.

“We have recently communicated with the directors of that company, giving our initial position, and formally ending any contractual agreement that existed between FAITH, and the Government of Grenada because based on all that we have seen so far we do not believe that government was getting value for money in relation to the alleged services provided by that company,” she said.

A sister of former Education Minister Emmalin Pierre is known to be one of the directors of the company.

Workers employed by FAITH have been complaining that they have not received salaries for the last two (2) months, and the Directors of the company have indicated that they are awaiting those funds from the government.

In brushing aside the claims Minister Joseph said that “FAITH is fully responsible for paying their staff…and they know that.”

“And, from what we have seen so far, they (FAITH) are more than able to do so, considering the millions that they got from our Treasury in a very short space of time. So, if FAITH is not paying its staff, it is because it is choosing not to do so, and I can’t advise the staff as to what to do but they should know that the Government of Grenada did not hire them, and therefore the Government of Grenada does not owe them,” the senior government minister declared.

“And, that applies to the other entities that were part of the apparatus set up by the previous administration to use government funds, the people’s money, for other purposes including basically helping to run a campaign. So, those of you who are owed by these entities, they are the ones to pay you, not the Government of Grenada,” she said.

Minister Joseph pointed out that the “primary focus” of the new government is to “settle in the different portfolios with focus on delivering on the promises that we made to the people of Grenada.”

The investigation into FAITH comes on the heels of calls made in various quarters for a probe into the company, after documents surfaced showing that the former NNP regime had provided over EC$1.1 million in Government subventions to the company while other organisations received in some cases under $10, 000.00 annually.

The 2022 Estimates of Revenue and Expenditure show that more than EC$2.9 million was assigned for Contracts, Outsourcing, and Other Services for the Ministry of Education under the Schools Administration and Management Unit for 2020, but it was reduced to less than EC$1 million in 2022.

Political Activist Kem Jones had previously advanced the argument that some former government ministers have been milking the country’s purse dry through a “number of ghost companies that they have set up (over the years) in the names of people who they confide in, family members (and) friends.”

Two weeks ago, the Operations Manager at the Integrity Commission (IC) Elizabeth Henry-Greenidge said that although the body has not received an initial report regarding FAITH, it has commenced “preliminary research” based on information circulating in the media.

“While we have not received the report, we have seen information in the media, and as we normally do, we would do preliminary research into what is happening. According to our protocols, and practices, we look into information that requires it, not just complaints that people bring to us but we do peruse all of your media publications, and anything that we see of significance we first flag it, and we begin to look into it. So, we have started our own preliminary look into the matter but it’s not completed and we have to continue to process,” she remarked.