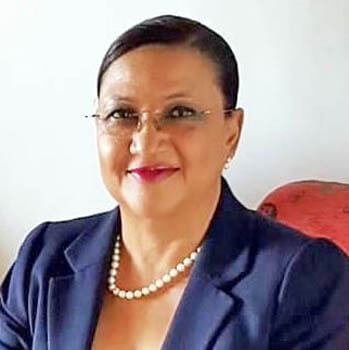 The Integrity Commission (IC) has not totally ended the investigation into alleged corruption and mismanagement at the state-owned Marketing & National Importing Board (MNIB) and could continue it based on the directives of the Director of Public Prosecutions (DPP), Christopher Nelson.

A source close to the commission told THE NEW TODAY that the Prevention of Corruption act mandates that the IC send its findings to the DPP who is the Chief Investigating Officer of the body.

The body has been coming under fire following reports that the probe which started around 2018 ended without the investigators engaging the controversial Chief Executive Officer (CEO), Ruel Edwards who is considered as a person of interest in the probe.

It was THE NEW TODAY which carried the initial article about alleged misuse of the funds of the Marketing Board including the purchase of expensive first class airline tickets on several overseas outings by the CEO and his Secretary and of the state body running into severe financial difficulties and having to approach government for financial support as it could not pay suppliers for goods and services.

The source described the MNIB investigation as a very “sensitive” one that could have legal ramifications and the decision was taken to share the contents at this stage with “a few collaborating partners” as provided for in the law.

He said the Anande Trotman-Joseph team of investigators also worked closely with the Director of Audit and law enforcement agencies such as the Royal Grenada Police Force (RGPF) and the Financial Intelligence Unit (FIU) in conducting a probe.

“We (are) sharing our findings with them, we need to hear from them how we could implement and what will be the best measures of implementation that we can recommend to all parties involved,” said the source.

“We are not a runaway train so to speak– we are not a lone ranger operation. We choose to make it an integrated approach so that that way Grenada in the long-term could benefit,” he added.

According to the source, the IC is very mindful that Edwards has legal representation in the person of former Attorney General Cajeton Hood and that they had taken the commission to court in a matter which lasted for just over two years.

The source sought to explain the reasons for the failure of the commission to interview Edwards on his tenure at MNIB.

He said: “Efforts were made including the sending of a plane ticket to that person. We made several offers. We went so far as to offer to fly that person into the State of Grenada from Trinidad & Tobago where they had gone to reside.

“We put ourselves out using our small budget to see how we could make sure we could bend over in terms of hearing what the person had to say and then they referred us to counsel and that is where it ended,” he added.

Asked if the offer was ever rejected by Edwards and his attorney, he told THE NEW TODAY: “Let’s put it this way – just nothing. It went back to dealing with counsel and we had to respect that. It was not as if no offer was made – offers were made.”

The source dropped hints that some information from the report will eventually be shared with the public at the appropriate time and this can address what was termed as “the macro point of view where the changes are required”.

Speculation is rife that this relates to areas in which the financial management of MNIB should be strengthened.

Former Chairman of the Board of Directors, Samuel Andrews had alluded to the CEO not providing his members with financial data and keeping them in the dark about several matters.

THE NEW TODAY understands that Andrews, as well as Prime Minister Dr. Keith Mitchell along with the then line minister for MNIB, Oliver Joseph who held the portfolio of Economic Development were interviewed on the MNIB issue by the IC team of Investigators.

The Prime Minister had made a claim in a Government Information Service (GIS) release that a lot of things had gone wrong at MNIB which was set up by the 1979-83 People’s Revolutionary Government (PRG) of Maurice Bishop to assist farmers and not the needs of “a few.”

“Marketing Board was meant to maximize the production of the agricultural sector and put more money into the hands of farmers. It was not meant to become another government bureaucracy that satisfies the friends and political affiliates,” Dr. Mitchell was quoted as saying.

Andrew also released a public statement giving an insight into the mishandling of the Marketing board funds under the watch of Edwards.

The former MNIB Chairman said in part in a 2018 statement: “Initially, the parlous state of finances at the MNIB was only revealed to me when a colleague telephoned me to indicate that a foreign sugar supplier was seeking redress for the payment of outstanding amounts for sugar supplies after numerous successive undertakings to pay from the CEO were not honoured.

There is nothing that the Board or the Chairman could have done differently in circumstances where they were denied critical financial information.

It was the duty of the CEO to report, honestly, accurately, timely and objectively, on the operations of the Organisation to the Board of Directors following the unwritten but agreed protocol of full engagement and full disclosure.

Realistically, the Board can only function effectively and make effective decisions based on full disclosure of information and sound information coming from top management via the office of the Chief Executive Officer”.