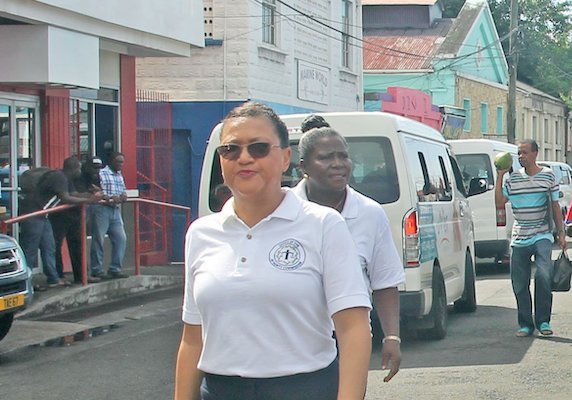 The Integrity Commission is calling on public officials to re-frame their narratives in order to be more transparent and accountable, especially, in terms of how government systems and laws are implemented.

Head of the island’s Integrity Commission, Anande Trotman-Joseph issued the call last week Friday in light of questions posed in relation to the steps that the Commission has taken or plans to take following a recent documentary from Al Jazeerah which puts Grenada among countries in the region engaged in the illegal sale of diplomatic passports to raise money for political campaigning.

Although Trotman-Joseph confirmed that inquiries regarding the revelations in the report have been sent out to the relevant individuals, she made it clear that the Commission is only authorised to investigate “what systems are in place”.

“We are not the police. Some people expect us to be the ones jailing people or calling out people. What we are doing is that when these things come to light, when they are made public, we believe that our role is to ask and because we ask, we know that there must be responses”, she said.

“… As we know the government has put out a statement that this is absolutely not true – sometimes too, because our inquiries and our investigative tools also include questionnaires, we will get answers and not only do we take those answers and pack them in a vault…but we analyse the inquiries and responses and we will continue as we have been doing to make recommendations to the different components of government with respect to how they can be more responsive, proactive, transparent and definitely more accountable with respect to all that is being put out there in the public space,” she added.

Trotman-Joseph made the comments in an exclusive interview with THE NEW TODAY shortly after participating in an Integrity Commission organised march against corruption in the country.

The event came two weeks after the Al Jazeerah documentary was aired and as part of the recognition of International Anti-corruption Day, which is celebrated around the world annually on December 9.

Trotman-Joseph outlined the role being played by her commission in its anti-corruption crusade. 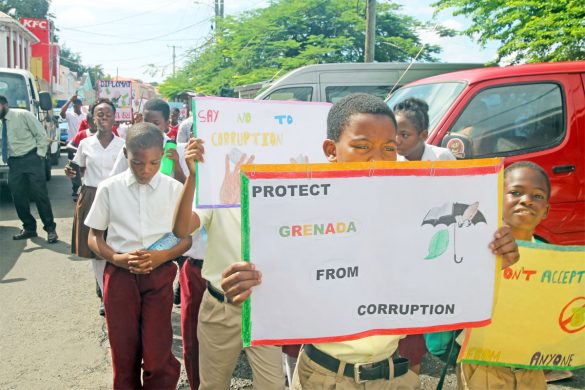 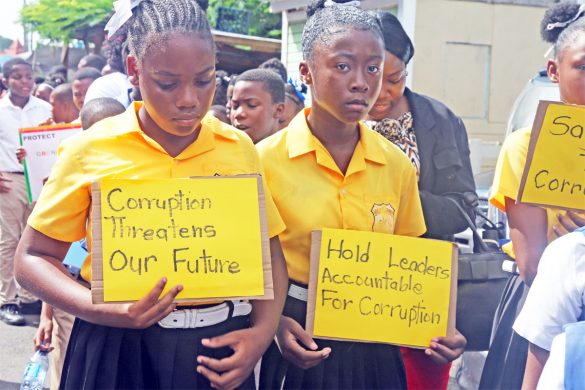 She said: “We are listening along with everyone else but we are going further – we are inquiring so that we can call upon government to take certain actions and perhaps to do better PR (Public Relations), sometimes to come out and share with our citizens a little more about what is happening, the protections that may be there, how the law is being implemented because sometimes if they are silent about how these systems work, well then people will begin to accuse and say things and to make up narratives about government systems; So, that is what we are calling for,” said Trotman-Joseph, who is the Guyanese-born wife of former Attorney General, Sir Lawrence Joseph.

“We want our public officials to reframe their narratives, to be more transparent and accountable because this is really the hallmark of the integrity of all our national systems and laws. To say that there is a parallel between Grenada and Dominica, I am unable to say at this moment”, she added.

Trotman-Joseph went on: “We have sent out our inquiries (and) as we speak we are writing and asking the officials to come out and make statements to refute the narratives that has been coming in and as we have seen that is beginning to happen but our job does not end there.

“We will continue to make our inquiries and we will be making recommendations as to how our systems, be it the CBI (Citizenship by Investment), the management of all of our statutory bodies (and) government systems (or) ensuring that our fiscal responsibility laws (and) procurement laws are implemented. We believe that these are the roles of the Commission,” she said, adding that “together we must unite to end corruption”.

“We realise that to really ensure that Grenadians are people with integrity…we have to start our intervention right at the very beginning from early childhood education, letting our children know what is right and what is wrong…to let all of us here in Grenada embrace, unite together against corruption knowing that we are re-framing our narrative, letting us all know that to become persons of integrity, this is an inside job.

“It is constant and continuous no matter what our ages are…and especially as we come towards the end of this year in the Christian calendar, we want us to remember that tackling corruption together is an inside job.

“It is no secret that anti-corruption requires a security approach…the Commission (which was implemented in 2014) is very new at this. We began ensuring that we built our systems one by one. We are now very much focused on our inquiries and investigations as we go forward into 2020.

“So, we are investigating (and) inquiring – we are strengthening our investigation systems in collaboration with our local and regional law enforcement agencies and embracing global technical assistance from the UNODC (United Nations Office on Drugs & Crime) and from the Commonwealth Caribbean Association of Integrity Commissions and Anti-Corruption Bodies. We are going to be hearing a lot more about our investigatory role in 2020.