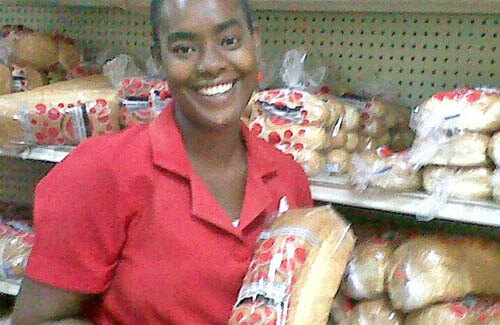 Grenadians will have to wait at least for a few more weeks to know if local bakers will put up their price following an increase in the price of flour from Caribbean Agro Industries (CAI), the lone mill on the island.

According to the owner of one of the largest bakeries on the island, there is only limited informal discussions taking place on the issue among bakeries in the absence of a formal association involving bakers.

He told THE NEW TODAY that the price increase might eventually come about based on the expected increase in the coming weeks of a number of imported items used as ingredients in the baking industry.

Well-placed sources have said that the cost of shipping these items from overseas to Grenada is expected to increase as shippers have already announced an upward movement in the price of transportation.

The lead baker disclosed that he is not aware of any bakery that has increased its price following the CAI decision which came into effect two weeks ago to increase its price range from 6% to 16% on some products.

”I don’t know that the bakeries have taken any position one way or the other (to increase the price of bread). There has been no formal communication among them and neither is there a consensus view by any one of us,” he said.

The price of Baking Flour was increased by 10% and Cooking Flour by 12% under the new pricing structure announced by Caribbean Agro.

CAI has said that it was forced to increase the price of its products including animal feed due to “developments occurring on the international grain market which is having a profound negative impact on the cost of sourcing key ingredients for manufacturing flour and animal feed.”

The baker was cautious when specifically asked if Home Pride bakery at Westerhall, St David, widely regarded as the largest bakery on the island will increase its own price for bread with or without input from the other bakeries.

He said: “That is not a decision I could make as yet. I expect some more price increases and after I get them and see what they are then I will make my decision one way or the other. I have not made a decision on that yet. It (also) depends on what other bakeries think. There isn’t an association of anything so one would have to judge howsoever he can.”

According to the baker, he was referring not specifically to the increase from CAI but to price increases on other imported ingredients used in the baking industry as the determining factor for his bakery on a price hike.

THE NEW TODAY understands that the vast majority of small bakeries on the island are monitoring closely the decision taken by the owners of Home Pride and the other major bread producer, Choice Bakery at Tempe, St. George, before making any decision on a possible price increase.

Asked whether Home Pride and Choice bakery are talking among themselves about a price increase following the decision of CAI to increase the price of flour, he said: “No, I am not talking to anybody about that at the moment.”

The baker reiterated that he will make a unilateral decision on an increase in the price of bread based on information that he is awaiting on the upward movement in the prices for other ingredients in the baking industry.

However, he appeared to be rather cautious on increasing the price of bread out of the realisation that “I don’t think that any and everybody can make their own decision and don’t expect reaction”.

Two weeks ago, the operators of one of the small bakeries on the island called for an increase in the price of bread based on the increase in flour price from CAI.

He said that Caribbean Agro was able to increase the price on its products at least three times in the past twelve years but bread prices have continued to remain stable on the island.

In addition, he said that in the past 10 years, the price for key ingredients like sugar and flour has increased while the average price of a bread remained at $3.00 each.

Some bakeries have been able to maintain the prices of their bread and other products by slightly lowering the size of the product.