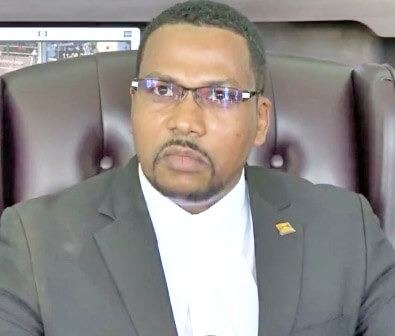 A team of local defense lawyers are asking for close to one million EC dollars in compensation for world Javelin Champion, Anderson Peters in the Harbour Master issue.

A well-placed source told THE NEW TODAY that the lawyers, including Derick Sylvester, have put forward proposals of EC $800, 000.00 to the Trinidadians who were engulfed in the August 10th incident on board the party vessel known as Harbour Master.

THE NEW TODAY reached out to Attorney Sylvester but he did not offer any comment on the issue.

It is not clear whether the sum being demanded includes the legal fees to be paid to the lawyers.

The Harbour Master is currently under arrest in Grenada following court papers filed by Sylvester on behalf of the world Javelin champion.

Four Trinidadian crewmen on the ship who pleaded guilty to charges of causing grievous harm and harm to Anderson Peters and his brother were fined a total of $22,000.00 by Chief Magistrate, Teddy St Louis.

There have been charges and counter charges on who threw the first punch in the boating incident in which Anderson Peters ended up in the sea water.

The matter has now resulted in a series of legal wrangling between lawyers on both sides over the civil lawsuit filed by Attorney Sylvester seeking a huge compensation package for Peters.

An attempt by defense attorney, Cajeton Hood, a former Grenada Attorney-General to institute private criminal proceedings against Peters for his role in the fracas was quashed by the island’s Director of Public Prosecutions, Christopher Nelson.

Speculation is rife that the Anderson Peters legal battle in the Civil Court against the Trinidadians could end up in a long drawn out expensive ordeal.