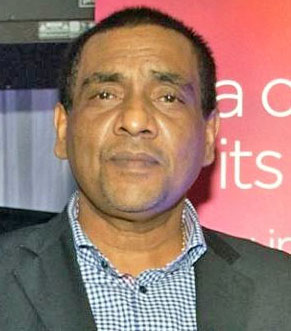 Two of the island’s leading hoteliers have reacted angrily to an attack launched against members of the Grenada Hotel & Tourism Association (GHTA) by the private sector representative in Parliament, Senator Christopher De Allie.

In an address at the last sitting of Parliament, the private sector representative in the Upper House called for the naming and shaming of those hoteliers who engaged in acts of cheating.

According to the hoteliers, it was unfortunate that Sen. De Allie would engage in a loud outburst against GHTA members without first engaging the association and its members about the accuracy of the allegations of wrongdoing levelled against them.

One of the hoteliers said that the Mitchell government is still to produce any evidence of the fraud that was committed by any member of the hotel association.

He spoke of one hotelier in the south of the island contacting Sen. De Allie about his attack on GHTA without paying them the courtesy of a simple telephone call to hear their side of the story.

He said the hotelier informed them that the private sector representative in the Senate pointed out that two hotel workers had provided him with information about wrong-doing.

“What sort of evidence is that?” he asked.

According to the two hoteliers, several members of GHTA are mad and upset that the private sector representative will undress them in Parliament without calling and speaking to a single hotel owner or operator on the issue.

The hoteliers slammed into Sen. De Allie for taking the word of “two disgruntled employees” and finding as a fact that the hoteliers had broken the laws of the country.

The hotel operators called on their representative in the Upper House “to make sure that he gets his facts first before he starts accusing” them of being law-breakers.

One of the hoteliers who runs a family business said that a few weeks earlier the Prime Minister did the same thing to hoteliers by inviting them to a session and seeking to chastise them on the issue of fraudulent wrong-doing.

He said the GHTA received a tongue lashing from the Prime Minister for about 20 minutes in which he accused them of committing massive wrongs and blamed them for the delay in the Payroll Support as the forms submitted for payroll support had to be double checked because of fraud.

He described as “absolutely unbelievably” the attack on them from Prime Minister Mitchell.

THE NEW TODAY understands that some hoteliers have come forward to openly tell the government that “genuine mistakes” were made in the initial launch of the payroll support programme as the criteria was never clear on its roll out.

He said that some hotels had “openly confessed to filling out the forms wrong – not intentionally but because we were given a timeframe to fill out the forms by April 10” otherwise their properties would not be eligible for payroll support.

One of the hoteliers indicated that no clear guidelines were given by the Mitchell government on how to fill out the forms in terms of the calculation of salaries for displaced hotel workers.

“….We all got together and made the decision on how it should be filled out,” he remarked.

According to the hotelier, government did not spell out the specifications but it later turned out that the administration only wanted the base salary and not the whole range of items that make up the overall package for salaries that are paid to the workers in the industry.

The hoteliers are insisting that this cannot be categorised by anyone including Prime Minister Mitchell and Sen. De Allie as a fraudulent act on the part of members of the GHTA.

The two hoteliers said that several properties fell into the same category but moved quickly to rectify the problem as soon as they were told about the abnormality in the salaries that were submitted.

The hoteliers disclosed that Grenada is already into August and most hoteliers have not gotten any monies from government for payroll support for the month of June.

There are reports that only two hotels have so far received benefit for July – one is located in the Morne Rouge area and was built with funds from the sale of Grenadian passports under the Citizenship By Investment (CBI) programme.