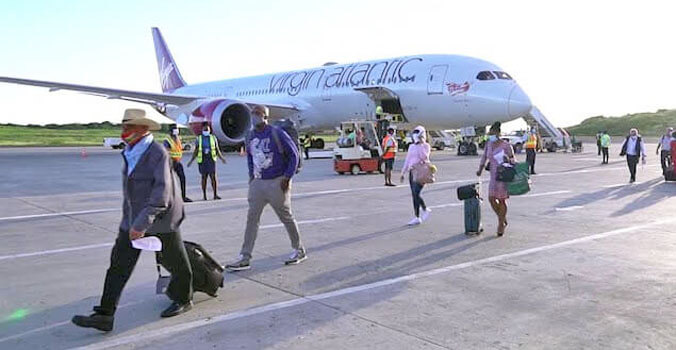 One of Grenada’s leading figures in the tourism industry has expressed great optimism about the future of the industry after the dismal performance due to the onslaught on world travel by the coronavirus pandemic during the past two years.

He said that although the island has just lost another tourism season given the state of affairs from December to now, the signs are looking good on the horizon for the next season as the industry is seeing “some business” at the moment.

Speaking to THE NEW TODAY in an exclusive interview, the hotelier said that the high season is critical for tourism in Grenada because that is the time of the year when “you build up your war chest to pay for everything during the low season.”

“…We are now heading straight into the low season … it is going to be a tough time because your expenses are usually more than your revenue,” he added.

He said that during the months between December and April that is when hotels on the island “make money and then after that you’re down.”

According to the industry official, overall March was a good month for hotel business but now one has to wait until 2023 to assess the true nature of the situation with the tourism sector.

“We got to see this low season through – we will have a little shot in the arm in August when we have carnival and the (St. George’s) University returning in force,” he said.

“I think we will see a very, very good 2023 season all things being equal,” he remarked.

Although he was cautiously optimistic of a good bounce back of the industry after the effects of Covid-19, the industry official indicated that certain events taking place in the world can impact on the sector such as the ongoing Russia war in Ukraine.

He said: “If things are stable and recession doesn’t hit the United States which is looking threatening, I think we will have a very good 2023 season but the next 7 or 8 months are going to be tough.”

He added that the recession is threatening not only the United States but the entire world because of inflation.

“We are not out of the woods yet. Two years of Covid and now the Russia war against Ukraine. It’s going to be interesting times ahead but we are seeing business coming in. I think it’s not up to where it was in 2019 but there is certain recovery in the air,” he said.

In recent years, tourism along with the sale of passports under the Citizenship By Investment (CBI) programme have been bringing in most of the money into the local economy.