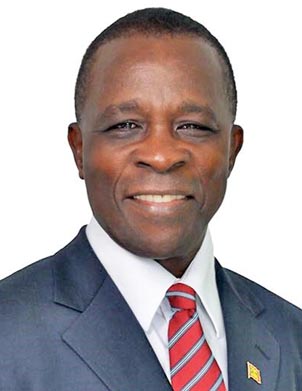 Accusations made by Prime Minister Dr. Keith Mitchell that some hoteliers tried to engage in fraudulent activities to collect monies illegally from government’s payroll support programme for employees who were sent home due to the coronavirus pandemic, have left a bitter taste in the mouths of many property owners.

In an exclusive interview with THE NEW TODAY, an executive member of the Grenada Hotel & Tourism Association (GHTA) has challenged Prime Minister Mitchell to back up his accusations with “evidence” because there is no truth to the allegation.

“We have asked him for proof and he has not provided anything,” said the angry GHTA executive member.

“I am extremely disappointed that this is being handled in the public domain quite frankly. I don’t think it is productive. I think at the end of the day if there are issues within the programme it should be dealt with within the programme,” he added.

According to the official, the problem as referred to by the Grenadian leader had nothing to do with wrong-doing on the part of hoteliers but a misunderstanding on how the payment due to hotel employees should be calculated to get the salary support.

He spoke of a lack of communication between the government COVID-19 Secretariat handling the programme and GHTA since the undertaking by the State can only be described as “a humongous task” regardless of which party was in power in Grenada.

“We look at wages in the tourism sector as not just base pay but base pay and service charge so we didn’t know if we were supposed to include service charge or not. So there were some mistakes made in the beginning. There were honest mistakes that were rectified,” he said.

The GHTA member stated that after the allegation was made by Prime Minister Mitchell which amounted to calling hoteliers thieves, the tourism body asked for proof as it was concerned about its reputation and this has not been forthcoming from the powers-that-be.

“If we know of members in our association who are doing anything under-handed, we will want to know about it because we want to deal with it,” he said.

Initially, he said the hotel association was told that it cannot be given information about businesses which were not members of the association and the alleged wrongdoing on their part with government money.

“When our President asked for information about members of our association, we were told that we couldn’t get any information. We are not aware of anything that is being done in a malicious way to play games with this programme,” he told this newspaper.

The GHTA official went on: “I want to be honest with you – if it’s going on (fraud) I want to know about it as well. We would be extremely upset as an association if we know that this is going on. We have been pushing to get this programme to happen the right way because we want to make sure that our employees (are) getting some kind of assistance.”

According to the GHA member, the financial situation is dire in the tourism sector since COVID-19 as some hoteliers have been forced to pay workers “out of their own pockets while they were waiting for the payroll support.”

“Most people (workers) didn’t get payroll support for May in the hotel sector until the end of June and into July,” he said.

However, the top hotelier stated that when Prime Minister Mitchell came out to make such a blanket statement without calling the names of the offenders, it makes it extremely difficult for GHTA to respond to the allegation.

“I don’t know how to respond. How could you respond to something that you don’t have the information about?

Asked if the allegation made by PM Mitchell was a red-herring by the cash-strapped NNP regime in light of problems being encountered to come up with the funds on a timely basis for the affected hotel employees, he said: “I don’t know… fill the dots for yourself. All I know is that like I have said, we have tried to work hard with government through this very difficult time.”

“We recognise the problems that they have in trying to keep the country afloat. This (attack by PM Mitchell) is not in the spirit of that and that is what I want to happen. I want things to be done in a constructive way. I don’t think that accusation without substantiation behind them serves any purpose.

“I want us to go forward – I want to see employees get paid, I want to see people make it through in these difficult times. I don’t have time to play politics, I don’t have time to play anything else. We are trying to see peoples’ families fed and we are trying to keep businesses open so that when we come through this pandemic ….. that businesses will still exist to be able to be providing jobs for people.

“To me all you’re doing with making baseless accusations or unsubstantiated accusations is just playing into dividing the country and creating a lot of ill-will through misinformation. I don’t think it serves a positive benefit.”

PM Mitchell met with GHTA last week for the first time since the start of the coronavirus crisis in the country.