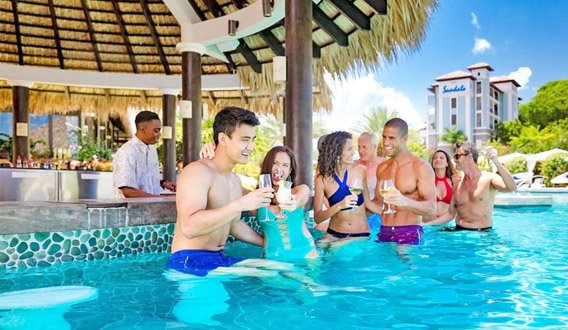 A leading hotel operator/owner on the island has warned that the road ahead for the industry is rough in the coming months.

The hotelier who did not want to be identified told THE NEW TODAY that hotels will be forced to operate with “great difficulty” as the industry struggles to get back on its feet in this COVID-19 pandemic situation.

He said that some hotels are under pressure even from government as tax collectors are already after them with demand notices for Property Tax owed at a time when they are hardly earning revenue to keep their businesses afloat.

According to the hotelier, every dollar earned by his establishment at the moment is going to pay property tax to the ruling New National Party (NNP) government of Prime Minister Dr. Keith Mitchell.

He said this is just “unsustainable” for the hotel to survive as the money now received and paid out to government does not take into consideration other concerns like payment of utility bills for electricity and water.

“We got to get some business coming back into the country otherwise we will lose hotels. We can’t sustain that level of losses for too many months,” he added.

“…We will come back … it’s not going to come back fast but at least it will bring some income into the country and we can start paying our bills again,” he said.

On the issue of bookings at his own establishment, the hotelier said that there have been a few inquiries from foreigners which can best be described as “a dribble” for the upcoming weeks and months ahead.

He stressed that June and the earlier part of July are traditionally quiet months for the industry in terms of visitor arrival and “we have nothing at all of significance (in bookings)”.

He said that August is usually a hectic month in the past due to the annual Carnival season and an influx of persons associated with St. George’s University (SGU) but the situation is now vastly different with hardly any bookings taking place.

SGU has been closed since the start of the pandemic and recently announced that it will re-open its campus for business in January.

Government has also announced the cancellation of the August carnival activities due to COVID-19.

The hotelier noted that given the government’s economic priorities over the years, it has no choice but to focus on tourism and the hotel sector in order to kick start the economy and provide jobs for the people in the post-Covid-19 period.

The hotelier welcomed government’s announcement that the Maurice Bishop International Airport (MBIA) at Point Salines will be re-opened from July 1 for international and regional flights which will provide an opportunity for hotels to probably get some guests.

He differed with those Grenadians who continue to hold the view that government should not shift policy and keep the borders closed in order to keep out foreigners who might bring in the deadly coronavirus.

The hotelier said he detected that people on the island are terrified over the virus given statistics coming from the important source markets like the U.S with over 2 million cases and over 118, 000 deaths from COVID-19 and in the U.K and think that will soon happen in Grenada.

Related:  Silversands holds off for time being on mandatory vaccination

“… It’s not going to happen because if you look at the percentages of people that die it is such a small percentage on a national basis. We will get a case here – it’s inevitable. The truth is that we have to get cases, we have to get some immunity (against Covid-19) to develop within the community somehow or the other,” he remarked.

According to the hotelier, the important thing to monitor is the type of protective protocol systems that will be put in place by government to deal with persons coming into MBIA when the airport is re-opened.

He said the things already announced by the Mitchell-led government augurs well for the island and its attempts to deal with the virus.

“I think that what we are doing is as good as any country in the world. You could be critical of them (government) about this and that but I don’t really see what we could do differently. I really can’t see that we can do much else.

The hotelier pointed out that a key aspect of the way in going forward “is how the public going to react when the first outside case lands here – what’s going to happen”?

The hotelier also commented on the quarantine protocol which the government is seemingly trying to impose on the re-opening of the airport.

He urged the administration to refrain from a policy of putting its own returning nationals in a quarantine facility and allowing foreigners to go into their hotel destination.

He said: “…If Grenadians come home let them go home, make them sign a document, let them swear that they will stay in their homes for the next two weeks and you send a medical officer or the police around once or twice to make sure that they are there. It will cost a lot less than housing them … trust people to some extent”.

The hotelier also described as a positive sign the fact that the Ministry of Health is sending teams around to visit hotels and restaurants to make sure that they put in place the protocols for COVID-19 safety for their customers.

He said the government should do everything possible to ensure that the island is not forced to close down again from an outbreak of the disease.

The hotelier also gave a word of advice to the Mitchell-led government to start giving serious attention to the agriculture sector and to take steps to create positive linkages with tourism.

“We blew it in terms of agriculture, and we need to develop agriculture and some light industries but that doesn’t happen overnight,” he said.

Since returning to power in 2013, Prime Minister Mitchell has concentrated on selling passports to earn revenue under a scheme known as Citizenship by Investment (CBI).