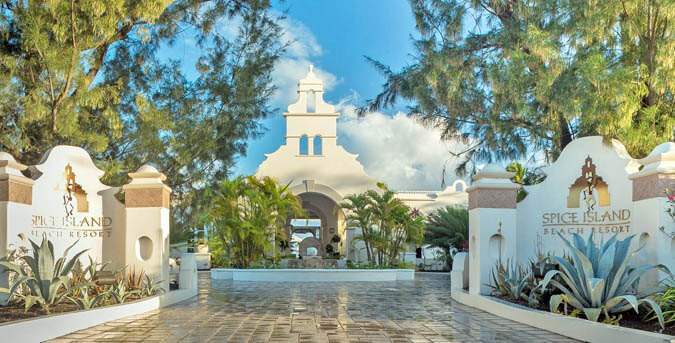 A distraught worker at Spice Island Beach Resort (SIBR) wants to see the Technical & Allied Workers Union (TAWU) and Management of the hotel reach an amicable settlement on the thorny issue of Severance Payment for employees who have been out of regular work at the establishment since the coronavirus pandemic in March 2020.

The worker called THE NEW TODAY a few days ago to express frustration with the lack of an agreement between the two sides that are affecting the 130-strong labour force at the hotel.

According to the worker who has been with the resort for over 15 years, he needs the money that is due to him in order to take care of several expenses including mortgage payment with a local commercial bank.

“I have a wife and children – I have (a) loan to pay. It’s very frustrating – this morning I had to go to the bank and ask for an extension on my loan again. This thing is really frustrating. I cannot keep going to the bank and saying I need more time (to pay the mortgage)”, he said.

The worker told THE NEW TODAY that not all SIBR employees want to sever with the company and some prefer to remain and resume work when the hotel re-opens later in the year.

However, he said the Management at Spice is insisting that all the employees must go but not in keeping with the signed Collective Agreement with TAWU.

According to the worker, he is prepared to reach a compromise with Spice in order to resolve the impasse over Severance payment to the employees.

SIBR management is apparently willing to pay the workers one-week-and-a-half week pay for every year worked but the agreement signed with the union provides for four weeks of payment for every year.

The worker said, “The Company is not making an effort (to sort out the matter). I am willing to give up a week – I (am) supposed to get four weeks. I want this thing (to end) so I could pay my bills. If the company decides to settle it – sit down with people and talk – they are not engaging the union and they just say a week-and-a-half.

“If you don’t have money ….come to some agreement – say I could pay a week-and-a-half now or maybe a year or two years down the road I will give you a next week-and-a-half and that will settle it,” he added.

The worker stressed that a lot of the staffers are “thinking like that” and indicated that if there is not a settlement soon then the next option open to him is to seek legal advice from an attorney-at-law.

He disclosed that only 89 of the 130 SIBR employees opted to accept retrenchment in October through the union agreement.

“We signed a paper saying that we want to be retrenched,” he said.

The worker pointed to a course of action employed by SIBR management to get around the issue of Severance payment by calling out the employees for 8 days of work and then sending them back home.

He said the workers were called back out again after another two months had passed and then informed that they cannot bring them back permanently on the job.

He stated that since the pandemic all the workers at Spice got in terms of money was the 3 to 4 month of payroll support from government which ended around the middle of last year.

The worker stressed that the employees have been off the job for months now and are not getting any form of payment from SIBR.

He noted that it is almost a year since Covid-19 and the union seems to be heavily involved in other issues at other workplaces much to their disadvantage.

The TAWU/SIBR contract for Spice workers ended in December.

The worker said that he is looking for alternative employment and applied for jobs at many workplaces but “nobody ain’t hiring nobody”. 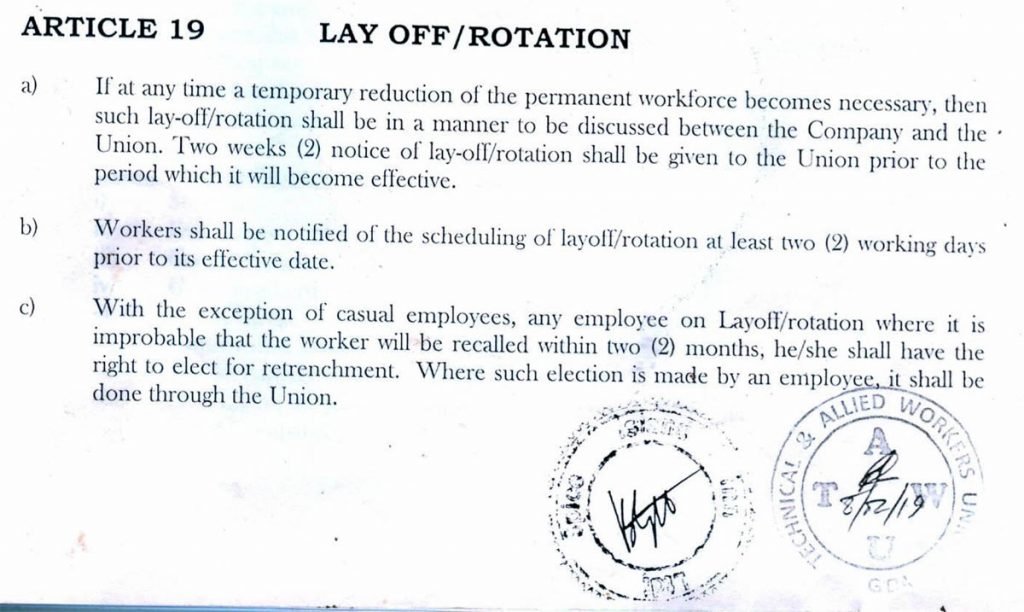