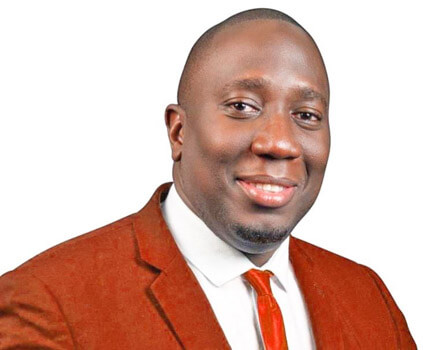 Newly appointed Health Minister Gayton La Crette : no Monkeypox cases have been confirmed on the island

The ruling National Democratic Congress (NDC) government of Prime Minister Dickon Mitchell has announced plans to increase sanitisation mandates at the ports of entry as the country prepares for the imminent threat of the presence of the Monkeypox virus, which has already reached the shores of some Caribbean countries ,and to deal with the ongoing impact of the Coronavirus pandemic.

Addressing the issue during his first weekly post-Cabinet press briefing in St. George’s on Tuesday, newly appointed Minister for Health, Wellness, and Religious Affairs, Senator Gayton La Crette, spoke of plans to “ramp up” measures as of next week, to educate port of entry personnel about Monkeypox, which is described as a rare disease caused by infection with the Monkeypox virus that is part of the same family of viruses as smallpox.

The Monkeypox virus, which is symptomatic, spreads in different ways from infected humans, animals, and materials contaminated with the virus.

The virus can spread from person to person through direct contact with the infectious rash, scabs, or body fluids, respiratory secretions during prolonged face-to-face contact, or during intimate physical contacts, such as kissing, cuddling, or sex, touching items such as clothing or linens that previously touched the infectious rash or body fluids.

In addition, pregnant people can also spread the virus to their fetus through the placenta.

The Health Minister said: “We are going to be engaging with Ports Authority…the MBIA and they are ramping up their sanitisation efforts.”

He also confirmed that health officials are currently monitoring a third suspected Monkeypox case on the island.

Sen. La Crette is anticipating that the sample of the third case, which was sent to the Caribbean Public Health Agency (CARPHA) laboratory in Trinidad for testing, will also return negative.

Should there be a Monkeypox outbreak in the country, the senior government minister said that although “we have a human resource deficit within our health sector at this particular point in time (and) we are functioning at a very low capacity rate”, efforts will “double up” to arrest the situation.

Responding to a question posed in this regard, the Health Minister gave assurance that “we are going to do everything in our power in the event that there is an increase in Monkeypox cases to ensure that the spread is minimised, and Grenadians are kept safe.”

Minister La Crette noted that “in the coming week or two (2) you are going to be hearing more from the Ministry of Health as it relates to instructions once we know that the virus or viruses have touched our shores.”

He also used the opportunity to caution Grenadians as it relates to hysteria, warning that “any information that does not come from your institutional organisation of health please ignore it for now as false information.”

Besides Monkeypox, local health officials are also closely following the number of Covid-19 cases on the island.