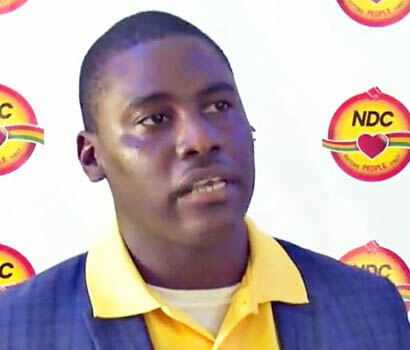 The official candidate for the main opposition National Democratic Congress (NDC) on the Sister Isles of Carriacou and Petite Martinique, Tevin Andrews has called out the ruling New National Party (NNP) government of Prime Minister Keith Mitchell for its handling of what he has described as an outstanding “health crisis” for residents on the sister isles.

Speaking in an exclusive interview with THE NEW TODAY on Tuesday, Andrews, who welcomed last week Friday’s official recommissioning of X-Ray and Ultrasound services at the Princess Royal Hospital in Carriacou after 29 years, said that while the EC$175, 000.00 investment “will assist the people in a great way, and we appreciate the gesture…it does not solve the health crisis that the people of Carriacou and Petite Martinique are faced with on a day to day basis.”

“It’s one thing to have an x-ray machine to check to see if your bone is broken, and the other thing is whether or not we have the necessary equipment here to deal with the circumstances, to deal with a case-by-case situation, and in most instances if not all, the patients will have to be transported to the mainland because we don’t have one (1) the expert doctor, two (2) the medication or equipment on island to deal with the circumstance at hand,” he said.

Since the installation of the brand new X-Ray machine at the Princess Royal Hospital in January, over 95 x-rays have been done to date, which is a clear indication of the dire need for the service on the sister isles.

While, residents are expected to save the cost of travelling to the mainland to access X-Ray and Ultrasound, and basic lab services, the NDC executive member alluded to the crisis being “worse” for those who reside on Petite Martinique, who would still require a speed boat to travel to Carriacou to access these and other services.

“And 90% of the time you have to be transferred to the mainland because there are limited resources, and equipment,” Andrews quipped, pointing to the “sad reality” that “some of the basic medical equipment (are) lacking in the hospital and clinic, including dental care, where “extraction is the only available service for the people of Carriacou and Petite Martinique.”

According to Andrews, other challenges faced by the people of the sister isles include “blood work” as samples are presently transported to the lab on the mainland for testing.

He said the challenge is greater for those living on Petite Martinique, as “the blood stands at an 85% rate of spoiling, taking into consideration that it has to come from Petite Martinique to Carriacou then to Grenada.”

Andrews told THE NEW TODAY that “the only way forward for healthcare in Carriacou has to be a public-private partnership with the private hospital here Carriacou Hospital Services (CHS), the diaspora, SGU alumni, and of course the government.”

He believes that this “would cost the people of Carriacou and Petite Martinique cheaper if we partner with these entities.”

The NDC candidate also cited “night landing challenges at the Lauriston airport” as a problem due to the fact that “planes cannot land there at night.”

He expressed dissatisfaction that after all these years “we (still have to) go to Grenada for just about everything – MRI scan, dialysis, chemo, and other therapy” noting that “it can always be cheaper to fly in the experts to Carriacou than to fly out the patient”.

“So, we have to look at different ways, and means but we must ensure that Carriacou and Petite Martinique have the best medical care in the Caribbean…and if not the western hemisphere,” he added.

The state of healthcare in Carriacou was one of the arguments advanced by Andrews as he addressed supporters during the March 12 opening of his new constituency office ahead of the upcoming general election.

The event was attended by hundreds including persons from the mainland, and included an appearance by former NDC Candidate for Carriacou and Petite Martinique, Attorney-at-Law George Prime, who contested the seat unsuccessfully for the party in 2003 and 2008.

It was a welcoming return for Prime who was absent in the 2013 and 2018 election but appeared on the platform of his close friend, ex-NDC General Secretary, Peter David who contested the Town of St George seat in the last election on the NNP ticket.

Andrews blasted the NNP for its track record on healthcare on the two sister isles over the years.

He said: “22 years they (NNP) have been in charge of the affairs of Carriacou and Petite Martinique, and you are telling me that this is the state of our health care services…we deserve better.”

Andrews criticised the ruling administration, stating that there is “no sense of leadership within the Ministry of Carriacou, and Petite Martinique Affairs,” which is currently headed by Legal Affairs Minister, Kindra Maturine-Stewart.

As the country prepares for the removal of COVID-19 restrictions from April 4, amid soaring COVID-19 cases internationally, Andrews commended Grenadians for keeping safe during the pandemic.

However, the senior Congress member told THE NEW TODAY that he “would have loved to see that the Ministry of Health used the opportunity (presented by the pandemic) to send more resources to the people of Carriacou and Petite Martinique, taking into consideration the challenges that they saw, and know that we are faced with.”

“If we (in Carriacou) had some of the challenges where people had to be hooked on to ventilators having breathing difficulties …the challenges of dealing with cases here on the island would have been great because some of the basic equipment we just don’t have it but unfortunately that was not done,” he said.