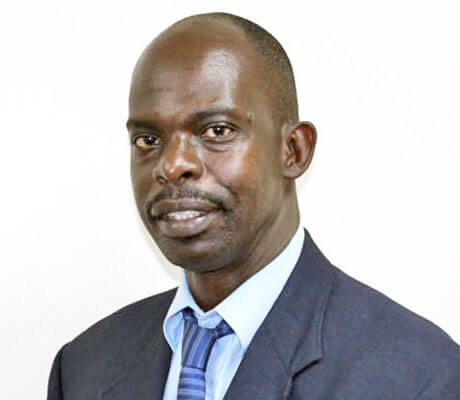 With month-end fast approaching, the Grenada Union of Teachers (GUT) has mounted a campaign of “sensitisation and public awareness” with respect to its stand-off with the Keith Mitchell-led New National Party (NNP) government to the 4% salary increase to take effect on the last working day of this week.

The administration has asked for a deferral of the agreement due to cash flow problems at the Treasury due to Covid-19 but the union is insisting that the teachers are looking forward to their monies.

GUT is holding out on the grounds that the government was able to find the means to come up at short notice with US$60 million to become the majority shareholder in Grenlec by repurchasing the block of shares held by U.S-based Company WRB Enterprises in the utility.

In speaking with THE NEW TODAY, GUT President Marvin Andall said that the organisation has already dubbed this week “READY TO RECEIVE” as it relates to the expected 4% increase in salaries for teachers.

He stated that as month-end approaches, the union wants “to create that awareness and keep that buzz about the 4% alive”.

However, Andall said that the salaries are already prepared for end of January and GUT is picking up information that the agreed 4% increase will not be reflected on the pay cheque for teachers.

Asked what will be the next step to be followed by the union if the NNP administration does not pay the money, the GUT boss said: “It constitutes a grievance and we have a grievance procedure as it relates to our agreement which is to bring the matter to the attention of the Ministry of Labour. If it doesn’t settle there then the members decide what they want to do after.”

According to Andall, the teachers are currently looking at all their options in the prevailing situation.

“We have some strategic options,” he told THE NEW TODAY.

Andall reported that the last time the government and GUT engaged on the 4% issue salary increase was on Old Year’s day.

He said: “That was the last time we talk and the government never came back to us. We haven’t heard from them officially after that. We left with the understanding that our position will be communicated to Cabinet and that we would have heard from Cabinet on their final decision in regards to our position but we haven’t heard that. The only thing is that we have seen since is a release from GIS but we haven’t had any official communication since then.

The GIS release re-stated government’s position that it was not in a position to pay the 4% increase as previously agreed with public sector unions.

Following is the action plan released by GUT to its membership for the week to press ahead with its demands for the 4% payment: 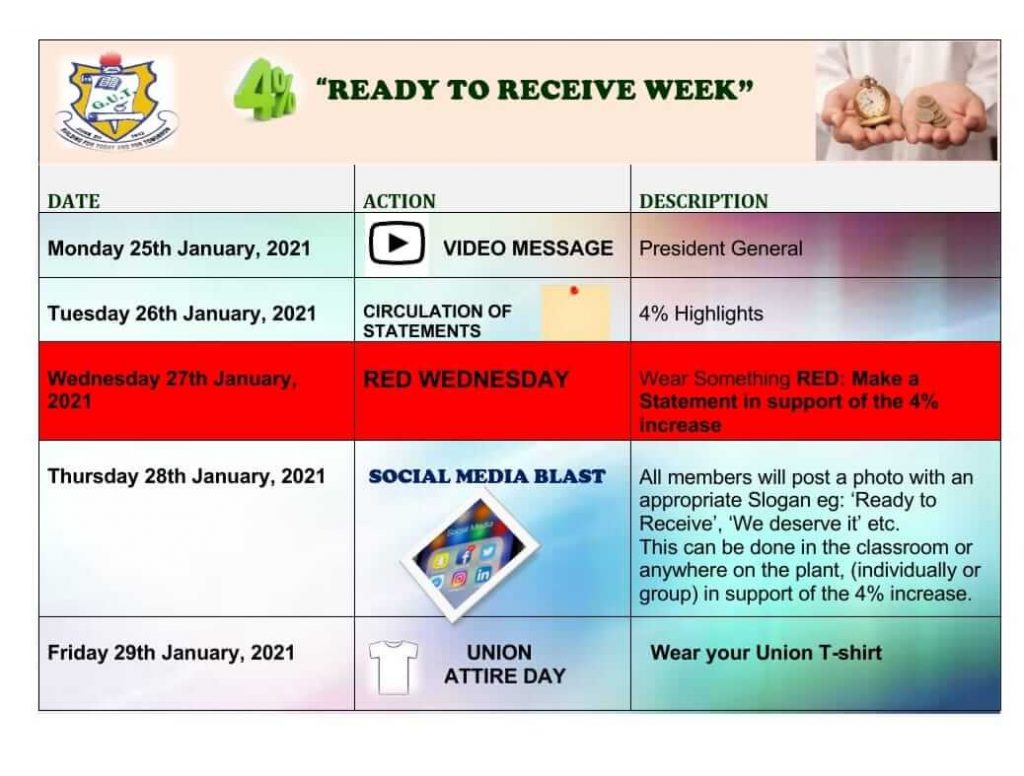