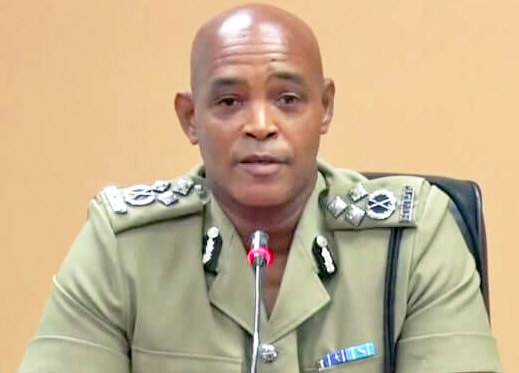 Frank Redhead – confirmed that the stolen gun has been recovered

A firearm which was stolen from a Grenada Ports Authority (GPA) vehicle being used by newly installed General Manager, Frank Redhead, the Deputy Commissioner of Police, is said to have been recovered by officers of the Criminal Investigation Department (CID) one day after it went missing.

Redhead who was seconded to the Ports Authority at the beginning of July, confirmed Wednesday that his personal weapon was among things missing from his vehicle which had been parked near the Port Headquarters on the Carenage.

Speaking to THE NEW TODAY on Wednesday, the former Number Two man in the Royal Grenada Police Force (RGPF) said on Tuesday when he returned to the vehicle he found evidence of an intrusion – his wallet was on the floor and a small quantity of cash was missing from it, the sensor control in his vehicle was displaced and the glove compartment had been disturbed.

The break-in of the vehicle occurred during the daytime hours and sources have said the perpetrator is suspected of breaking into other vehicles.

The suspect was caught on surveillance videos at various points along the route of the robberies.

It is not known what other property was stolen from other people.

The Deputy Commissioner confirmed that the .32 Automatic pistol was recovered and remains in police custody and the suspect has been arrested.

His name has not been released by the police but Redhead said based on the information he received from investigators, he was not specifically targeted.

“From what I understand it was just an errant young man looking for things to steal, a crime of opportunity,” he said.

The senior police officer said he did not know how the suspect entered the vehicle and that he had left the car locked and it was still locked when he returned.

Since it was his personal, licensed firearm Redhead is not expected to face internal disciplinary action but the Commissioner does have discretion regarding whether to reissue a firearm that has been lost.

Asked whether it is possible that the incident would result in him losing his licence to carry a firearm, he said, “I don’t know. We will see how that pans out,” adding that he does not usually carry the gun while in civilian clothes.

When asked why the gun was in the car, Redhead responded by saying, “I always carry my pistol.”

The police enlisted civilian help to identify the suspect in the surveillance video which showed a young man wearing a hat and carrying something in his arms, walking in an area not too far from the GPA Headquarters.