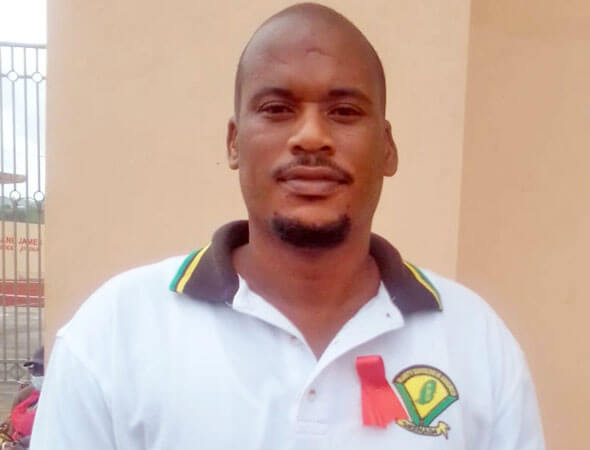 President of the Public Workers Union (PWU), Brian Grimes favours a voluntary programme of vaccination against the deadly coronavirus as opposed to mandatory vaccination which some private sector companies are virtually engaging in at the moment in Grenada.

In an exclusive interview with THE NEW TODAY, Grimes said that although there has been no official pronouncement on the issue by the umbrella trade union body on the island, the Grenada Trade Union Council (GTUC), this seems to be the position of affiliated members.

“Our position is simple – the constitutional and human rights of our workers and members must be maintained,” he said.

‘We have stated that we are not anti-vaccination because we know that there is some necessity in terms of warding off the Covid pandemic but again our constitutional and human rights must be respected as human beings,” he added.

Grimes made the statement against the backdrop of Tuesday’s incident in which St. George’s University (SGU) prevented workers who are not vaccinated from coming onto its main campus at True Blue in the south of the island.

He said the PWU has been advocating strongly for education on the issue of vaccination against the virus to be undertaken by the Grenadian authorities.

“There are some people that initially they said they are not going to take the vaccine and based on education and so forth have changed their position and they have ended up taking the vaccine. This is the proper way to go about this.

Grimes made mention of recent statements made by Health Minister Nickolas Steele and some other government officials that vaccine hesitancy among Grenadians has dropped in recent times.

The union boss said the island is now witnessing what he called “a gradual willingness of workers and people in general to take the vaccine based on education and based on personal levels of comfort (so) why would you want to mandate it.”

Grimes alluded to what he indicated were a number of critical issues to be looked at in arriving at mandatory vaccination against the virus.

He said that a number of persons worldwide are known to have had adverse health effects after taking the vaccine.

“This is a categorical fact – this is not something that has been manufactured or made-up,” he remarked.

Referring to the various Covid-19 vaccines being administered as still being considered as being “experimental” and “not full-proof”, the PWU boss pointed out that to make the vaccine mandatory at this stage “will be against anyone’s human rights”.

Grimes said that another important factor to be considered is the fact that presently there is no liability on either the manufacturer of the vaccine or the employer if something adverse happened “to the individual who is forced to take that vaccine”.

“Our position here at the Grenada Public Workers Union is categorical – the worker must be given a choice in what goes in his or her body,” he told THE NEW TODAY.

Asked what is the union’s position with respect to those employers who are refusing to allow unvaccinated workers into the workplace, Grimes said: “This is an unfortunate development. There must be a mass symposium and discussion about this matter”.

“Certainly, I don’t want to jump the gun to say anything because we operate from a broad issue from the Grenada Trade Union Council and this will be discussed at the highest level but I can safely say instinctively that this move is not a good move by labour”.

According to Grimes, the TUC President, Senator Andre Lewis who is also the President General of the Technical & Allied Workers Union (TAWU) has already denounced this move on the part of employers to lock out unvaccinated workers from the workplace.

“…We frown upon this move by the employer. He (TUC boss) has stated clearly that his union, TAWU, as well as the Grenada Trade Union Council do not believe in employers making this mandatory particularly when the terms and conditions of their contract did not stipulate that they have to take it before,” he said.

Grimes went on to say: ‘What I would like to see is the rights of the workers being more respected from all levels in this country – governmental down to private sector employers.