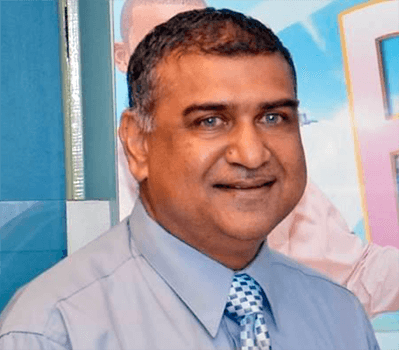 Grenadians are being warned to expect an increase in the cost of electricity due to a pre-election agreement signed between the management of the Grenada Electricity Company (GRENLEC) and the Technical & Allied Workers Union (TAWU) to end strike action in June.

A well-placed source told THE NEW TODAY that the state-controlled utility company is in dire financial straits and is now forced to borrow close to EC$15 million dollars to settle a dispute with TAWU on demands for wage increases and improved fringe benefits for employees.

TAWU and GRENLEC have been at loggerheads for months over negotiations to reach agreement on amendments to be made to the existing Collective Labour Agreement.

The source said the current management at GRENLEC is waiting on the newly elected Board of Directors appointed by the Dickon Mitchell-led National Democratic Congress (NDC) government to hold its first meeting in order to give approval for a loan to settle the agreement with the union.

He pointed out that securing the loan “is the only way out” for GRENLEC at the moment as it does not have the funds on hand to make good on the pre-election deal that was brokered by then Labour Minister, Peter David, to get workers to end strike action.

TAWU has already indicated that it will not accept part payment to the employees to settle the dispute.

According to the source, the GRENLEC management is fearful that if they pay the money from their existing funds at the bank as demanded by the Union, it will severely affect their ability to function and to fulfill the many obligations to the public.

“To my knowledge, GRENLEC only has the capacity of 2-months’ supply of oil which means it must always have operational cash flow on hand in addition to (meeting) other expenses,” he said.

The source indicated that the state body has no option but to go into further debt and secure the multi-million dollar loan to resolve the issue with TAWU, and because the new Board has not met as yet, the company “cannot apply for the loan without the board’s approval” to close the deal with the Union.

“…You see what happens when meeting the unreasonable demands of workers. How could this be?”

According to the source, GRENLEC has not been a very profitable company for the past 3 years since the Mitchell-led NNP regime bought it back into state hands from U.S. Company ‘WRB Enterprises,’ and is now forced “to borrow and to meet workers demands”.

In addition, he said that the financial coffers of GRENLEC continue to be affected by a policy decision taken by the previous Keith Mitchell-led government to give a 25% concession on electricity bills to consumers during the coronavirus pandemic.

“I guess this Government doesn’t want to touch it. That also deprives the company of revenue,” he told THE NEW TODAY.

GRENLEC is also known to be one of the companies on the island that pays into a co-pension scheme for workers, as well as often meet requests of employees seeking advances for their personal expenses.

The source warned that the cost of the TAWU settlement deal will have to be passed onto consumers by the island’s sole power generating company.

He alluded to the ‘Electricity Supply Act’ of 2017, which provides for these costs to be passed onto customers, who are the ones in the long run that will have to bear the expenses incurred by the company.

According to the source, it is rather unfortunate that the current GRENLEC management had agreed to a deal that will have serious financial implications for its operations in the immediate future.

“The Union demands payment of the retroactive pay to GRENLEC workers, which will cost the company close to $15 million, and for which the company must borrow to meet the obligation as it does not have the money,” he remarked.

The island’s sole power generating company has between 160-170 workers on its payroll.

The Keith Mitchell-led administration took back control of GRENLEC some 19 months ago after it lost an international arbitration tribunal hearing that forced it to find over EC$200 million to repurchase the controlling shares from ‘WRB Enterprises.’