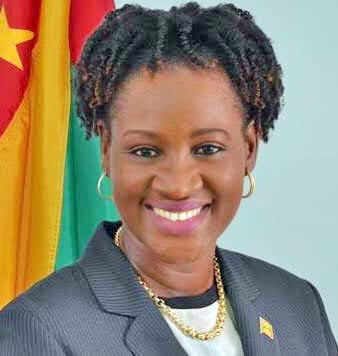 Grenada is moving to fully implement by mid-2021, the Eastern Caribbean Supreme Court’s (ECSC) e-Litigation portal, which is geared at enhancing the justice system in the Member States by providing an efficient, cost-effective, transparent, and reliable platform for submitting and processing court documents electronically.

This was disclosed at a sitting in Parliament on Tuesday by Legal Affairs Minister, Kindra Maturine-Stewart who is the elected Member of Parliament for Carriacou and Petite Martinique.

“We are very, very close to this implementation and so, we should see the implementation of this new e-filing portal system by the middle of this year,” she said.

“We are now putting structures in place to ensure that we move towards the full implementation of the e-litigation portal and e-filing system, which no doubt would assist with the improvement of our justice system here in Grenada,” she added.

Minister Maturine-Stewart told legislators the government’s belief is that “the implementation of this system would be very beneficial, not just to litigants but to lawyers and for the whole administration of justice.

“We believe that it would save cost and expenses resulting from the existing paper-based structure that is presently borne by the litigants rather than their attorneys…,” she said.

According to the minister, “the experiences that we have had and continue to have because of COVID, makes the implementation of this e-filing system in Grenada a priority for this government at this time.”

She noted that “for that portal to come into effect we passed the Supreme Court Fees Act 2020, which to some extent increased the fees to bring them in conformity with other member states.

Minister Maturine-Stewart told Tuesday’s Parliamentary sitting that the e-litigation system will eliminate or significantly reduce physical copies of documents, which are prepared by lawyers and stored at the Supreme Court Registry in St. George.

She said that “documents and papers as a result of the new filing system would be (now) stored electronically and that would be done and can be done from anywhere in the world at any time including (on) Saturdays and Sundays.”

In addition, she said that “the fees payable as well with the introduction of this portal would also be able to be paid electronically from anywhere and at any time.”

“So, Mr. Speaker, while the timing may not have been right … it was necessary to bring the e-Litigating portal and the filing system to Grenada…and I believe Mr. Speaker the benefits would far outweigh and compensate for the new court fees,” added the Legal Affairs Minister.

Her announcement came one day after the coming into effect on Monday of huge price increases in fees to use the island’s court system, in which some fees increased by over 500%.

Prime Minister Dr. Keith Mitchell, who gave support to the price increase in court fees during Tuesday’s sitting of the Lower House, attempted to dispel the perception that the government initiated the increases in an attempt to get revenue.

“I think it is important to note because the impression people would have when an issue as this comes up, is that the government is attempting to get revenue (but) let’s make it very clear, there is no revenue from these increases to the government…the government will not get a cent from this. This is an OECS (Organisation of Eastern Caribbean States) decision,” he told the sitting.

The Grenadian leader explained that in a paper presented at the 69th meeting of the OECS Heads of Government, the Chief Justice of the OECS Supreme Court, Dame Janice Pereira indicated that “they were already implementing as of the late part of 2019, these court fees for the e-filing system and that she was seeking authority to continue to implement it.”

“Some people might even say we should have done this before but the reason is fundamentally this…I made the point to my colleagues at that time that when this was done initially, there was no pandemic in the region, and governments were operating, generally speaking on budget revenue estimates that were normal, in normal times but the impact of the pandemic has affected tremendously all governments finances of the region and that it would be difficult for me as Minister of Finance then, and of course as Prime Minister to support any increase of this nature at that time,” said PM Mitchell.

He added that the Chief Justice indicated to the OECS heads that “it would be difficult to stop the payment now because of the expectations”.

Prime Minister Mitchell informed Parliament that he also told the other heads at the meeting, “I would have great difficulty going to the public workers and the teachers if I sat here and agreed to the continuation of those increases in this time…and the Chief Justice did say that she understood and she would take this into consideration and the impression we had, was that there would be no further increases.”

However, he said that a few months later in June 2020 he did receive correspondence from Dame Janice which pointed out that “Grenada was the only country not implementing the increases.”

According to Dr. Mitchell, he contacted the OECS Director-General, Dr. Didacus Jules who admitted that there was an agreement to put the increases in fees on hold but that everybody else had implemented the new price structure “so in effect what he was saying is he couldn’t tell Grenada what to do”.

“…I got the message (that) in effect he (Dr. Jules) was saying, (if you don’t implement the fees) your judges in Grenada would be marginalised and it would affect justice”.

“So, I had to inform my colleague based on what has happened on the regional level, that we probably had no choice, otherwise, Grenada would look bad and therefore we came to Parliament, reluctantly so, (and) that is what transpired,” the Prime Minister told the sitting.

According to information obtained from the OECS website, with the implementation of the e-Litigation portal, “the OECS sub-region now boasts an e-Judiciary in line with strides being made among other courts in the region and beyond.

“The ECSC e-Litigation portal will create more efficient and effective use of taxpayer dollars through intuitive processes and procedures,” it said.