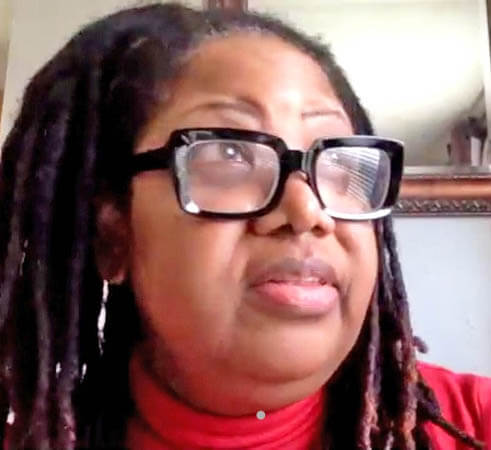 Grenada is among four Eastern Caribbean countries that will pilot a survey to measure unpaid care work during upcoming national census in an effort to capture women’s total contributions to social and economic development as a means to gather data and bridge the existing gap in fully assessing how this time is divided between women and men and reduce gender inequality.

According to Assistant Statistician with responsibility for Surveys in the Central Statistics Office (CSO) in St. George’s, just over 1300 households will be sampled” during the upcoming census, which will be conducted during the last week of September 2021, as a component of the Labour Force Survey, which is conducted quarterly.

Rachel Jacob, who was one of the presenters at a 2-day UN Women-hosted seminar, which focused on measuring unpaid care work in the Caribbean, held virtually last week Wednesday and Thursday, said the office is currently in the process of finalising the related questions that would be posed by the 16 interviewers who will be trained with assistance from the CARICOM Regional Statistics Office (RSO) and the Statistical Services Unit within the Organisation of Eastern Caribbean States (OECS), in partnership with a number of development partners, that are also working together with UN Women.

Grenada has solicited the assistance of independent Consultant and Grenadian Economist Claudia Nicholson to assist with the process.

Nicholson, who is based in Canada, has over 25 years of experience in social policy, survey research, programme monitoring and evaluation in Canada, the United States and the Caribbean.

She was also the Coordinator of the previously conducted Grenada Women’s Health and Life Experiences survey, which produced for the first time ever data to measure the prevalence of intimate partner violence in Grenada.

The female consultant, told the UN seminar, that the training will be conducted with the 16 interviewers virtually and will last for approximately two days.

“We’re in the process of setting that up…They would also do mock interviews between and among themselves so they get a feel of the questionnaire and the issues around on paid domestic and childcare. So, we have actually two pre-test and pilot sessions, one for the Labor force survey and one for the census,” she explained.

Representative from the UN Women Multi-country Office in the Caribbean, Tonni Brodber noted that effective data collection is detrimental in terms of pushing policy development and emphasised that unpaid care work must be counted.

Brodber pointed out that due to the negative impact of COVID-19 care work responsibility at home, both the centrality of the contributions and the disproportionate burdens that women carry, has multiplied in the Caribbean and around the world due to lockdowns and/or the subsequent unemployment and in the absence of measurement, women’s total contribution to social and economic development is not being captured.

She said: “Care work is crucial to our societies and to the economy. It includes looking after children, elderly people, and those with physical and mental illnesses and disabilities, as well as daily domestic work like cooking, cleaning, washing, mending, and fetching water and firewood in some communities still in the Caribbean.

“Without someone investing time, effort and resources in these essential daily tasks, communities, workplaces, and whole economies would grind to a halt. What we knew at the global level was that, on an average pre-COVID-19 day, women spent about three times as many hours on unpaid domestic work and care work as men.

“Prior to COVID-19, data on how much time women and men spent on unpaid care and domestic work was not sufficiently prioritised and therefore scarce.

Citing the need for this work to be “rebalanced more equally between women and men and remunerated, Brodber noted that while countries like Jamaica, Dominica and Trinidad and Tobago have made significant strides towards gathering unpaid work data, the fact that “no Caribbean country has completed a survey to fully assess how this time is divided between women and men…the absence of unpaid domestic and care work data means that women’s work and contribution to the economy will remain unrecognised.”

The Presenters, who included representatives from the CARICOM Secretariat, OECS Commission, CDEMA and national statistical offices, as well as researchers from the University of the West Indies and international research consultants specialising in this area, agreed that going forward one of the troubling issues to be addressed is the unbalanced hours that women spend on unpaid care work.

It was observed that in the end, women work longer hours than men when both unpaid care and paid market work are combined, including the work that happens inside the home, cooking, cleaning, care of children, and care of the elderly.

Applauding the efforts of Trinidad and Tobago for including questions on unpaid care in its 2000 Census and Dominica, which did so in 2010 and Jamaica, which also included a module on unpaid care and domestic work in its 2018 Survey of Living Conditions, Royer encouraged Member States to follow the lead of these countries and pilot the appropriate questions in their Censuses to facilitate the establishment of a coordinated approach that will allow for comparability of data across States.

The UN Women Representative also shared that the CARICOM Secretariat, and the OECS Commission along with national governments and other partners are working assiduously to close this major data gap by supporting the piloting of the measurement of unpaid care work in Grenada, Guyana, Suriname, St. Vincent and the Grenadines and Trinidad and Tobago.

This, she said “would also allow for exact measurements and comparability informing policy and programmes”.

“Data collection on the impact of disasters on infrastructure for care service provision such as day care centres should be specific, with a view to determining the possible impact on increasing unpaid care work,” she remarked.

“Post-disaster assessments must consider if women’s participation in Cash for Work Programmes is affected by childcare responsibilities and if so, should include measures to address this,” she said.