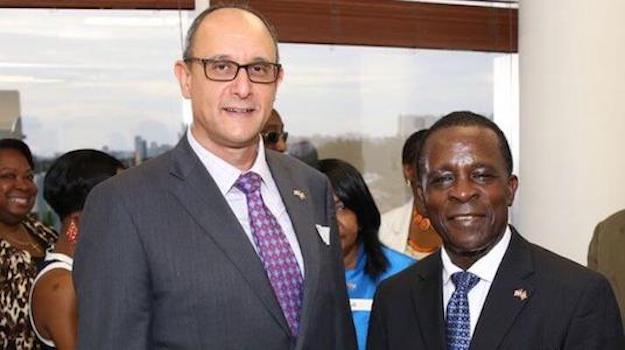 Three weeks ago, the President of the Public Workers Union (PWU), Brian Grimes accused the ruling New National Party (NNP) of Prime Minister Dr. Keith Mitchell of being the most anti-worker government in the history of Grenada, Carriacou & Petite Martinique.

Today, one of the country’s Ambassador-at-large has tendered his resignation with a stinging attack on the Mitchell-led regime, virtually accusing it of being autocratic and pushing an anti-private sector agenda.

In his resignation letter to Foreign Affairs Minister Oliver Joseph, Ambassador Warren Newfield, who is based in Florida, pointed to the manner in which the administration in the Botanical Gardens treated the U.S. based company, WRB Enterprises in taking action to force it out of Grenlec, the sole generating electricity utility on the island.

“Unfortunately, conditions in Grenada have changed drastically in the past few years. The country’s leadership, previously having the country’s best interests at heart, was welcoming to foreign investment and economic development, but has been transformed into an anti-business regime,” Warren told Minister Joseph.

It is the most stinging condemnation of Prime Minister Mitchell and his government which is now under criticism in Grenada for being over-run by the “money class” in the south of the island at the expense of the ordinary and poor working class in rural Grenada.

As a public service, THE NEW TODAY reproduces in full the Warren Newfield resignation letter:-