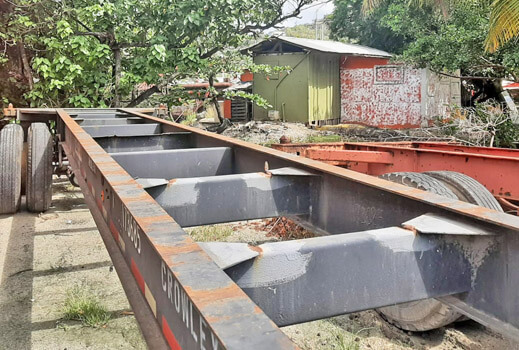 The promoters of the “Green Space” concept along a portion of land in the Lagoon near to Bryden & Minors are putting “flesh” on the initiative.

A group member told THE NEW TODAY that a preliminary meeting was held last week between persons involved in the project and a number of decisions were taken.

He said that a local was given the responsibility to do some signage in the specified area and that a professional architect would be hired to do “a little railing like by the water, maybe a little bench by the water.”

According to the official, there will be no permanent structure in the designated area which belongs to the Grenada Ports Authority (GPA) but has been leased out to Camper Nicholson as part of its marina facility in the Grenada Yacht Service (GYS).

He said that the Green Space can be used to make an open band stand which can be used on a weekend by the musical band of the Royal Grenada Police Force (RGPF) to entertain the public.

“It’s really a space of relaxation that is going to be put there – nothing permanent in construction – removable bleacher,” he added.

He emphasized that anything that is erected there will be “moveable” including a portable toilet.

The official indicated that young persons on the island who are engaged in dancing, as well as young and upcoming musicians will be allowed to use the venue free of cost.

He said the idea is to allow locals “to do their little thing at no cost as all of these (facilities) are intended to be free.”

In addition, those persons who are given permission to hold concerts at the venue will be allowed to do the vending to make some money.

Related:  Top police officer alleges that Tower at Piton was smuggled in under the cover of RGPF

THE NEW TODAY was also told that the group will make available someone to set up lights for persons, groups and organisations that want to utilise the “Green Space” for their activities.

According to the committee member the whole idea behind the project is to turn the area into a “positive space” and not “a negative space.”

He said that there will be no owner but a group will be put in charge to regulate happenings at the “Green Space”.

He also said the area cannot be allowed “to become the dumping ground it is becoming” as it is already “one of the major imports for drugs in the night.”

“That is the port that supplies all the yachtees in that marina and all the Belmont and Grand Anse and everybody – drug dealers.

The police know it but how much can a police force do (to patrol the entire island for drug importation).”

According to the committee member, the plan is to turn the area into something similar like the Cuban Long Wall where every afternoon one can see musicians there just practicing and old people just come and listen to them.

He complained that Grenada is becoming too much like “a shanty town”.

‘We have to end up in Grenada with esplanades and this kind of life,” he said, adding that some financiers have been found to fund the initiative.

An official of Camper has announced that no entity will be allowed to control the area but that the space that is being created “is for the people of Grenada as a whole.”