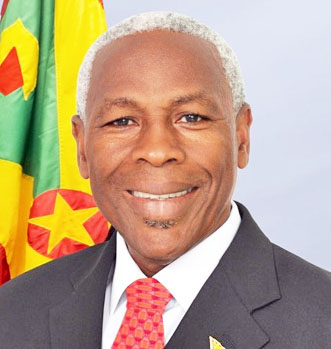 Leader of Government’s Business in the Lower House of Parliament, Works Minister Gregory Bowen has dropped hints that the Keith Mitchell-led administration might pull back on the contract awarded to a private provider to run the operations of the 15 constituency offices in Grenada.

Bowen, considered as the Number Two in the government, made the disclosure at last week’s sitting of Parliament following a Motion that was brought by Leader of the Opposition Tobias Clement on the operations of these offices.

Clement, the Member of Parliament for St. George North-east, has been speaking out in public against the contract given to a private company to look after his office and sees it as an attempt to marginalise him politically by his former colleagues.

The Parliamentarian resigned from the NNP about nine months ago after accusing Prime Minister Mitchell of exhibiting dictatorial tendencies on a number of issues including the relocating of the budget from Parliament into the Office of the Prime Minister to run the Constituency offices of elected Members of the Lower House.

In addressing the Parliament, Minister Bowen said that the ruling New National Party (NNP) government was forced to look in the direction of the private provider since the Office of the Clerk of Parliament was not willing to take on the responsibility of looking after the 15 constituency offices.

He told the sitting that government was forced to find a solution to the problem of these offices being out of telephone service and Landlords ejecting them due to non-payment of rent.

According to Bowen, the Members of Parliament had come together to look at the problem and “nearly all the representatives” agreed then that something had to be done and that “is what pushed us away from the Parliament”.

He said the Clerk of Parliament made it abundantly clear that he and his staff were not equipped to handle the job as they had other things to do that demanded their time and “so we agreed mutually to move into this new construct.”

The senior government minister disclosed that the role of the private provider of the service is to purchase toiletries for the offices of Members of Parliament and to negotiate the lowering of rent for the buildings.

In the face of complaints from MP Clement, Bowen said he intends to revisit the issue by holding discussions with the Speaker of the House of Parliament and the Clerk of Parliament to see if they can take on the task that is currently done by the Private Provider.

He pointed out that he had no problem in making the recommendation to government for a return of the process once the Speaker and the Parliament is up to the task.

However, he said this will depend on factors such as the restoration “is no less strict, no less efficient to what is happening now with the private provider”.

Bowen told the sitting that he cannot give a timeframe for a decision on the issue of returning the Constituency offices back under the control of the budget of Parliament.

The senior government minister disclosed that there was “a bidding” process to select the private provider to run the island’s parliamentary offices.

However, Minister Bowen did not say how many entities submitted bids and the criteria used to select the provider.

This newspaper understands that there was no tendering put out in the Government Gazette and the local newspapers for the submission of these bids as required by law.

THE NEW TODAY understands that the operators of the private company who live in the St. George North-west constituency of Prime Minister Mitchell, are getting about EC$20, 000.00 a month to service the 15 constituencies.

The sourcing out of the operations of Parliamentary Constituency offices in Grenada to a private sector entity is said to have raised eyebrows in other parliamentary democracies in the Commonwealth.

Minister Bowen also used last week’s sitting of the Lower House to address claims made by Clement that he does not have an office in Parliament.

The minister said that he is prepared as Leader of Government Business and the Line Minister for Buildings to help resolve the issue of office space and accommodation for the Leader of the Opposition.

House Speaker Michael Pierre also addressed the issue and told Parliament that he is confused as to why the Leader of the Opposition is without an office in the House of Representative.

Pierre said that he is aware that there are offices set aside in the building for the Speaker, President of the Senate, Leader of Government Business in the Upper House and also the Lower House, the Prime Minister and Leader of the Opposition.

The Speaker pointed out that he is confused that Clement does not have access to an office as one of the largest offices among the cluster belongs to the Leader of the Opposition.

“I will have to have discussions with the Clerk to find out why the Leader of the Opposition don’t have access to an office,” he said.

Clement has claimed that based on the drawings and plans for the building, the office which should be used by the Leader of the Opposition since it provides space for his Secretary, is currently occupied by Prime Minister Mitchell.

THE NEW TODAY understands that the Secretary to the Leader of the Opposition is forced to operate in the lobby section of the building.