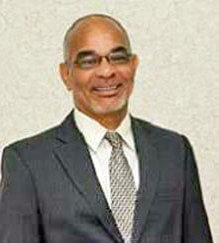 The Keith Mitchell-led government will soon have to find a replacement for the General Manager of Grenlec, Colin Cover who is stepping down from the post in November.

Well-placed sources told THE NEW TODAY that Cover informed some employees at Grenlec which is now fully back in the hands of the State that he will be leaving the job that he held for several years within a matter of weeks.

His exit comes against the backdrop of the much-anticipated Annual General Meeting of shareholders in which government was expected to unveil its new list of directors to serve on the board of the utility. Grenlec is now fully back in the hands of the Keith Mitchell-led government after dishing out US$63 million dollars in December to buy back the controlling interest from U.S company, WRB Enterprises.

The huge financial pay-out brought an end to years of wrangling with Prime Minister Mitchell and his long-standing deputy, Gregory Bowen who had opposed the privatisation of Grenlec during the rule of the 1990-95 Congress government of late Prime Minister Sir Nicholas Brathwaite.

The long protracted stand-off between WRB and the Mitchell-led ruling New National Party (NNP) administration went before an international arbitration tribunal which ruled in favour of the U.S Company and forced the regime in St. George’s to find close to EC$180 million to repurchase the shares.

During the AGM, a number of NNP party hacks were awarded positions on the newlook Board of directors including former Tourism Minister Alexandra Otway-Noel, the ex-Member of Parliament for the St George South constituency.

Otway-Noel came back into the public limelight a few weeks ago when she was announced as an advisor to Prime Minister Dr. Keith Mitchell with whom she has had an up and down relationship over the years.

The other government members on the board are Interim Chairman, Duane Noel, who is an employee of the state-owned National Insurance Scheme (NIS), Shawn Charles, former GRENLEC supervisor, Devon Charles, Chairman of National Lotto Authority, Dorset Cromwell, Managing Director of NIS, female attorney-at-law, Kay Simon of the Ministry of Legal Affairs, and Kent Mitchell, a brother of Prime Minister Mitchell. Most of the board members are considered to be high profile persons with the ruling party – Shawn Charles is often mentioned as a possible replacement candidate for the NNP in the rural St. Mark constituency, while Devon Charles has been linked to one of the four constituencies in St. Andrew and Noel is considered as high on the list of potential candidates to replace Deputy Prime Minister Bowen in his St. George south-east constituency.

Sources told THE NEW TODAY that a female attorney-at-law who is also close to the ruling party is tipped to replace another attorney, Dickon Mitchell as the legal representative of Grenlec.

Mitchell was considered in NNP quarters as too close to the former majority shareholders WRB Enterprises, for comfort.

THE NEW TODAY understands that during last Thursday’s AGM there was no legal counsel present at the session as the company is still to offer a retainer to a lawyer.

A source familiar with the company said that a number of key employees will also be leaving Grenlec shortly with government now fully taking over the reins of the company.

The long-serving Financial Controller Benedict Brathwaite, the son of late Prime Minister Nicholas Brathwaite is soon to go on retirement as he would reach the mandatory age of retirement in June.

The source noted that a number of important changes are taking place within the company in a relatively short period of time. Speculation is rife that the relatively inexperienced Duane Noel will be hard-pressed to remain as Chairman of the Board of Directors and the position might be filled by the brother of the Prime Minister who is said to be a Geo-physicist by profession.

The newly installed board will most likely select a new chairman at the first meeting of directors. The Mitchell-led government has already announced that it will approach the World Bank to help recruit a private sector company to run Grenlec.