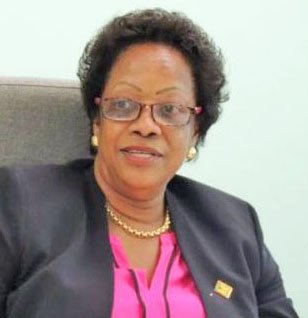 The Grenada Association of Poultry Producers (GAPP) has sought to clear the air on misconception that the Keith Mitchell-led government assisted financially in bringing in a shipment of feed for their animals over the weekend.

The association’s President Jason Phillip has issued a statement giving clarify to local poultry farmers on the background to the origin of the shipment that was purchased from the National Flour Mill of Trinidad & Tobago.

“…Let me clarify this situation, we have not received ANY financial assistance to cover the expenses of this shipment for anyone. The Association and we the farmers (are) the ones absorbing 100% of this cost,” he said.

GAPP was forced to bring in a shipment of 900 bags of feed for birds on Saturday from neighbouring Trinidad & Tobago due to the unavailability of the product on the local market due to the forced closure of Caribbean Agro Industries (CAI) by the Ministry of Health.

The operations of CAI, which has a monopoly on animal feed on the local market, was shut down after a number of its employees tested positive for COVID-19.

GAPP contracted the cargo vessel, Liberation to make the emergency trip to Trinidad to bring up the consignment of feed.

Trade Minister Oliver Joseph had given the association assurances that the necessary import licence would be facilitated for the shipment in light of the fact that CAI has a monopoly on animal feed on the Grenadian market.

The association ran into a bottleneck on the port on Saturday morning as officials of the Grenada Ports Authority (GPA) initially refused to give clearance to the shipment without the necessary documentation from the Ministry of Trade.

According to Phillip, the association was faced with only two options due to the closure of CAI, allowing the birds to die from starvation or import the feed from outside even it would have been done at a much higher price.

“We had one of 2 choices, get the feed here to keep the birds alive (at) “higher feed cost” or wait till Friday 8, May for Caribbean Agro Industries feeds to arrive. If your birds are all dead is that value more or less than what you paid extra for the feed to keep them alive?

“We engaged the mill in Trinidad who has never done any business with us ever before and they accommodated us at extremely short notice, similarly the shipping vessel. Even though this was done and accomplished the cost was only for that consignment.

Related:  Poultry producers not happy with reaction of supermarkets

“I submit to all that we have a choice – farmers don’t have to buy the feeds acquired by the Association. The problems now faced with increased production cost is not the fault of the Association but rather due to the inaction of our leaders and the failure of ADM Caribbean Agro Industries to CHARTER A VESSEL and ensure we don’t lose all our livestock by waiting 2 weeks without feed.

Phillip called on frustrated poultry farmers to vent their anger with their own Parliamentarians for their failure to come to their assistance in their hour of need.

He said: “CALL YOUR PARLIAMENTARY REPRESENTATIVE, CALL ADM CARIBBEAN AGRO INDUSTRIES, CALL THE MEDIA HOUSES and call the individuals who have contributed to this current failure and complain.

“Farmers need not to be upset with the Association and only vent their frustrations internally but rather make that noise in the public so that the nation can hear it’s not just a few suffering but all farmers. This is your opportunity to get results and you demand responses,” he added.

This newspaper understands that some poultry producers are fearful that the imported price would force them to increase the price of their chicken products sold on the local market.

One producer said: “I take this opportunity to thank all concerned for the sourcing of feed at this critical time. I now intend to return to production in the near future but looking at the new price of feed makes me wonder if I can afford to.

“The idea … I thought was to stem the reliant on cheap imported chicken and offering a reasonably price local but can it be possible in view of the new price? ADM prices were already too high, so where do we go from here?

Phillip warned local poultry producers to think carefully about raising prices as that can impact negatively on the industry in Grenada.

“We don’t want to price ourselves out of the market giving imported chicken a field day,” he remarked.