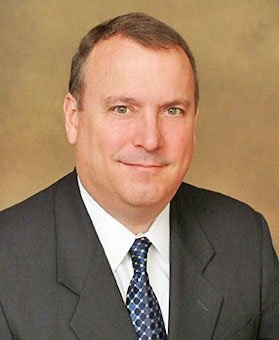 A new war of attrition has started between the Keith Mitchell-led New National Party (NNP) government in St. George’s and the American-controlled Grenada Electricity Company (GRENLEC) which has been under pressure from the regime for many years.

The administration has signaled its intention to bolster government’s own shareholding interest in the company by laying its hands on the shares of all locals who purchase shares when the company was privatized during the 1990-95 rule of the National Democratic Congress (NDC) of late Prime Minister Sir Nicholas Brathwaite.

The move comes amidst widespread reports in the country that the Mitchell administration is trying to woo a Chinese group of businessmen to buy out the U.S-based company, WRB Enterprise, the current majority shareholders of Grenlec.

Current Prime Minister Mitchell and his longtime political colleague, Public Utilities Minister Gregory Bowen, a former Manager of Grenlec have over the years expressly stated their displeasure in which the island’s sole electricity generating company was privatised.

Prime Minister Mitchell has consistently condemned the Grenlec deal as the “worst” thing that could have happened in the country and vowed to bring back the company under government control.

The administration and Grenlec are currently before an international tribunal body after the utility company decided to impose the “buy back” clause in the Purchase agreement in which government is required to buy back the shares of WRB Enterprise.

The cash-strapped Mitchell government has not been able to come up with the funds to bring back Grenlec under state control and is believed to be courting foreign investors to look to buy out the Americans in the utility company.

The Congress government was forced to privatise Grenlec which was a loss-making enterprise under State control as part of a Structural Adjustment Programme that was forced on the island due to a bad fiscal situation in the country.

Grenlec was said to be a financial burden on taxpayers as government was unable to find the necessary funds to buy generators and other equipment to address the serious electricity blackouts in the country that started during the reign of the first NNP regime of late Prime Minister Herbert Blaize between 1984 and 1990.

THE NEW TODAY has managed to obtain a letter dated February 11, 2020 from the Chairman of Grenlec Board of Directors, American Robert Blanchard, Jr in which he alerted shareholders of the latest move by the Mitchell administration to lay its hands on their shares in the company.

Blanchard told the shareholders that Grenlec was getting ready to file legal proceedings against the administration at the Ministerial Complex in the Botanical Gardens to fight against its attempt to take back some of the shares in the company.

As a public service, THE NEW TODAY reproduces in full the Blanchard letter:

I am writing to update you on proposed changes in the legal and regulatory environment applicable to GRENLEC that could dramatically affect the value of your Investment and the returns that you have historically received from the company.

Since the passage of the Electricity Act of 2016 and the Public Utility Regulatory Act (PURC) of 2016, save for the technical regulations concerned with the Grid Code, neither the government nor the PURC submitted to GRENLEC, for its review and consideration any of the underlying regulations that spell out the details of how the sector would be regulated. Neither has the government or the PURC met with the Company to discuss their plans for the regulatory space.

This changed in December 2019 when, shortly before Christmas, the PURC put forth multiple pieces of new regulatory initiatives and draft licences for GRENLEC, along with guidelines for consultation on those draft documents, allowing for 25 working days for review and comment by the company as well as other interested parties.

As we reviewed these documents, we were struck by two issues (I) The PURC’s Intention to transfer all Grenlec shares to the Government when the licence expires (25 years) (II) the Inadequacy and Inconsistencies in the consultative process that the PURC was following.

I will address each in turn.

There is a clause, headed Transfer of Shares of Grenlec to the Government, that appears in the Draft Generation Licence as Section N1 and in the Draft Network Licence as Section Q 1, which prescribes that all shares of GRENLEC held by private persons shall be irrevocably transferred to the Government of Grenada free of charge at the end of the licence term (i.e. after 25 years).

I trust that you fully understand the Impact of this clause should it survive in the final licences that are issued and would therefore request that you use every effort to express your opinion in writing to the PURC as soon as possible, and in no event before revised deadline for comments on the Draft Licences of February 27th, 2020.

Inadequacies and Inconsistencies in the Consultative Process

The regulations and licences proposed in December are extremely important and significant to the company’s future operations as well as to your investment.

There are over 270 pages in total and these include draft licenses for the network and generation business, rules and procedures for applying for licenses and permits, as well as the procurement process for future generation expansion.

In addition, a draft tariff setting methodology was included. This latter document seeks to establish and limit the return the company can make on its Invested capital (something that has not been the case since 1994), and thus is incredibly significant to all shareholders of the company, as well as everyone in Grenada.

Inadequate Time to Review Documents & Refusal of PURC to Meet

In the company’s opinion the amount of time allowed for review and comment is woefully inadequate, and we raised this issue with the PURC and were ultimately given an extension until the end of February to respond to the documents. We still feel this is completely inappropriate and inadequate and we strongly believe that the PURC should have conducted pre-consultation with GRENLEC, as their guidelines allow.

We reached out again to the PURC, raising several other issues where their own consulting guidelines appear to have not been followed, and requested a meeting with a delegation from GRENLEC’s Board of Directors. PURC has refused to meet with our delegation and rejected our proposal for pre-consultation.

Non-availability of Regulations to the Public

One area where the PURC appears to have substantially deviated from their guidelines, is in making these draft regulations readily available to you as shareholders and to the general public for their input.

The PURC guidelines say that the preferred method for doing so is to publish the draft regulations on the PURC web site. However, throughout this entire process, the PURC’s website has been unavailable to access. Instead, the suite of documents (although not a complete set) were posted on the Government’s portal hllps://www.mgovernance.net/Publications. We do not believe that this has been widely publicised and hence it is very likely that no members of the general public, including yourselves as shareholders, have been aware of this and consequently you may not have had sight of these regulations and hence the ability to make comments on them.

We believe that all members of the public (including yourselves) should have a full and complete opportunity, including the necessary time, to opine on the regulations as they are proposed.

Given the situation, your Board passed a resolution at a meeting held on January 28th 2020 that, in the event that the PURC did not accede to the requested pre-consultation or further extend the time allowed for review and comment, the Company’s legal counsel should commence proceedings in the High Court of Grenada to seek judicial review of the PURC’s actions.

In the meantime, GRENLEC has been diligently working through all the documents and will endeavour to provide the most comprehensive responses that it can, given the very short timeframe involved.

We thank you again for your support of the company, and we will keep you apprised as the situation develops.