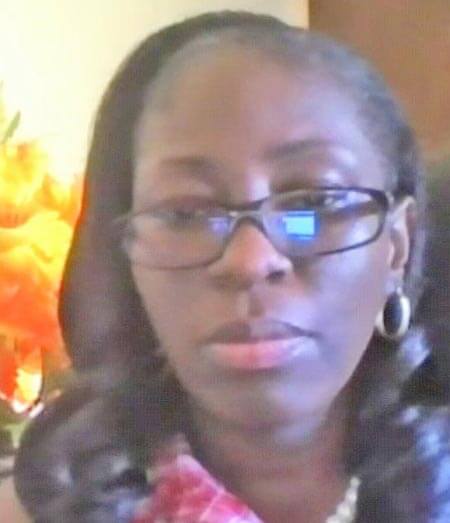 Member of the Independent Caucus for Constitution Reform, ICCR, Kassandra Mitchell, wants clarity on how a state of emergency is to be proclaimed by the Governor General

A constitutional debate has ensued in some quarters as to whether the previously declared State of Emergencies invoked by Governor General, Dame Cecile La Grenade in an effort by the Keith Mitchell administration to curb the spread of COVID-19 on the island, was done in accordance with constitutional directives and procedures as set out in the Grenada Constitution Order, 1973.

The Governor General declared a State of Emergency on December 21, 2020, following the discovery of a COVID-19 cluster, which allowed for the Cabinet to impose a curfew and other regulations under the controversial Emergency Powers Act of 1987, which according to newly appointed Attorney General Dia Forrester has been “revoked” and replaced by a new declaration of a State of Emergency on January 11.

Grenada has acceded to the International Convention on Civil and Political Rights (ICCPR), and according to the Organisation of American States (OAS), Caribbean Emergency Legislation Project (CELP), the ICCPR stipulates that “a State of Emergency must be announced publicly (to) inform citizens of the legal situation and reduces the possibility of a de facto state of emergency, that is a situation whereby the state restricts human rights without officially proclaiming a state of emergency.”

Members of the newly formed Independent Caucus for Constitution Reform (ICCR) have advanced the argument that while the declarations of emergencies made by the Governor General may have been Gazetted, the female Head of State did not make the declarations by Proclamation, as required by Section 17 (1) of the Constitution, which states that “the Governor-General may, by Proclamation, which shall be published in the Gazette, declare that a state of emergency exists for the purposes of this Chapter.”

During a virtual press conference held last week Wednesday, they contended that the Governor General by putting the declaration of the state of emergency in the Gazette does not satisfy the requirement of how the public is to be informed of a state of emergency.

Interpreting the words “by Proclamation,” as a preposition in front of a noun, ICCR member Kassandra Mitchell expressed the view that under Section 17 of the Constitution, the Governor General must proclaim or “make a public announcement,” to inform the population of the emergency at hand.

Mitchell questioned the authority conferred upon the Cabinet to make regulations during a state of emergency in Section 4 of the Emergency Powers Act, which she also felt was not in keeping with Section 17 (4) of the Constitution, which “gives the powers to the Parliament” to make resolutions and not the Cabinet.

“We have not seen our Governor General and we are concerned that there seems to be authority conferred to the Cabinet of Grenada (and) we are asking, can we be pointed to Section 17 of the Constitution, which gives that authority to Cabinet (and) we are concerned that our Government continue to make reference to the Emergency Powers Act, 1987 of Grenada, which in our interpretation is a sunset legislation,” she said.

Mitchell noted that this was among the many questions directed to the Governor General in an open letter two days after the initial State of Emergency was declared on December 21, 2020.

“We are still awaiting a response from the Governor General to an open letter dated December 23, 2020 seeking pertinent clarifications as it relates to the declaration of a state of emergency in Grenada,” she added.

ICCR Chairman Joseph Roberts, who also addressed the press briefing pointed out that the efforts being undertaken by the body are to “ensure that the principles and beliefs enshrined (in) our supreme law, the Constitution, which represents the high ideals upon which our nation is founded, continue to safeguard the protection of our fundamental rights and freedoms here in Grenada.”

He described the Mitchell-led government’s management of the COVID-19 health crisis as “a critical and gross infringement of the Constitution.”

While the government has based its authority to impose a curfew and other regulations under the same Emergency Powers Act, one legal source contends that “the Governor General has invoked the Act in a situation where no action is threatened to be taken by no group of persons.”

According to the Attorney, who spoke off the record with THE NEW TODAY on Monday, the Emergency Powers Act, was introduced “for a specific purpose (and) was meant to be invoked when a group of persons are plotting or planning to take certain actions that threatens public safety,” and it make “no mention of public health emergencies.”

Section 3 (1) of the Emergency Powers Act states that “if at any time it appears to the Governor General that any action has been taken or is immediately threatened by any person or body of persons of such a nature and on so extensive a scale as to be likely to endanger the maintainable of public order or the defense of the State or the maintainable of public surety or the defence of the community or any substantial portion of the community or any supplies or services essential to the life of the Community, the Governor General may by Proclamation in the Gazette declare that a state of emergency exists in the State or any portion thereof, whereupon the provisions contained in this Act shall immediately come into force.”

The attorney expressed the view that “the Governor General has declared a state of emergency based on the Emergency Powers Act but the conditions that need to be in place for that declaration have not been met,” citing a need for “changes” to have been made to the Emergency Powers Act to include situations where you have a public health emergency, in order for the Governor General to properly declare the state of emergency.

“So, the Governor General has violated the provisions of the constitution because she has improperly declared a state of emergency based upon a situation that does not exist,” as “there is no specific action being threatened by any group of people that is too extensive that will endanger the public safety warranting the invocation of the Emergency Powers Act,” the attorney added.

The Emergency Powers legislation, which was first activated in 1983 by then Governor General Sir Paul Scoon had met strong opposition when presented in Parliament by then Prime Minister, the late Herbert Blaize in 1987, with constitutional expert Dr. Francis Alexis among parliamentarians on the opposition side, who had questioned the need for emergency legislation at a time when there was no unrest in the country.

According to a digital copy of an article headlined “NNP passes Emergency Powers Act,” published in the June 27 issue of The Grenada Newsletter newspaper, Dr. Alexis, a former Attorney General and Minister for Legal Affairs in PM Blaize’s Cabinet, strongly opposed the passage of the Act, which was first passed by the Sir. Eric Gairy administration in 1970, at a time when the “Black Power” scare was at its height in the country and at a time when Mr. Blaize, was leader of the Opposition and was of the view that the Act had more room for oppression than anything envisaged in Britain’s Emergency Powers Act of 1920.

The article indicated that Dr. Alexis had issued a press release quoting from the 1970 Hansard to show that at that time, PM Blaize, had questioned the need for this legislation.”

“How dare the government bring an Emergency Powers Act, when we see no alarming indications or signs of disturbance or riot,” Dr. Alexis quoted PM Blaize as telling the 1970 parliament, the article states.

All efforts by THE NEW TODAY to contact Dr. Alexis in an effort to solicit his views on issues now being raised over the controversial legislation, have proven futile.