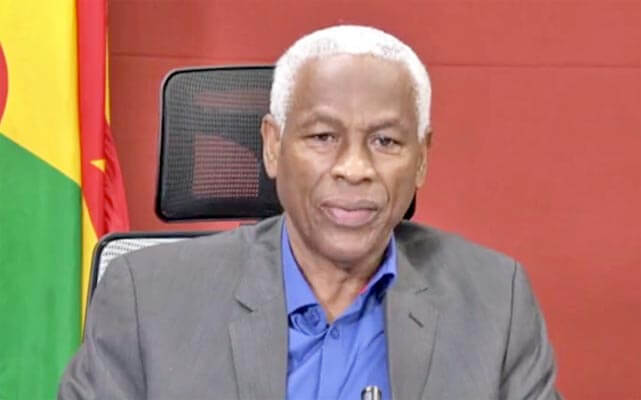 The Grenada Government did not provide much by way of answers to pertinent questions on the repurchase of majority shares in the island’s lone electricity company.

On Tuesday, the cash-strapped Keith Mitchell-led Administration finally broke silence and confirmed that a Share Purchase Agreement (SPA) had been finalised for 50% of Grenada Electricity Services Limited Shares held by WRB Enterprises Limited and an additional 11.6% held by Grenada Private Power, a subsidiary of the Florida-based WRB.

However, the government was scarce with details regarding the source of funding for the repurchase when former Public Utilities Minister Gregory Bowen now Finance Minister hosted a news conference on Wednesday.

Minister Bowen said Grenada was able to afford to repurchase at a price of US$63m by diverting allocations from the previous budget which had not been utilised, however he was unable to give a breakdown of this when pressed for an explanation.

There were no specific allocations in the previous budget nor the one for 2021 for the repurchase and it appears that if the government did utilise unused funds there has been no Parliamentary approval to do so.

Under Grenada’s suspended fiscal regulations, government cannot simply rollover unused allocations without placing it in the budget or tabling a Supplementary Appropriations Bill in the Parliament.

When pressed further for answers, Minister Bowen resorted to the government’s catch-phrase of “prudent fiscal management”.

Grenada paid almost three times the actual value of the shares based on the terms of a 1994 Share Purchase Agreement (SPA) which was modified in 1995 and agreed to by the New National Party (NNP) Government.

In 2013, WRB gave the government an opportunity to acquire its shares for EC$80m, some EC$100m less than the amount paid now, but the offer was refused – Bowen explained on Monday that the country could not afford it then.

Based on the 1994 SPA, which the Mitchell-led Administration agreed to in 1995 after taking the matter to international arbitration for the first time, the 2016 Electricity Supplies Act initiated a “repurchase event”.

One of the terms of the 1994 SPA is that the passage of any regulations which the company finds to be unfavourable to its ability to operate in the market then the government would have to buy back the shares.

The Mitchell-led administration appears to be still maintaining a hostile stance against Florida-based WRB Enterprises which it has successfully driven out of the Grenada electricity supply market.

In seeking to justify a decades-long fight to overturn the SPA that was signed in 1994, the NNP Government has now accused WRB of diverting profits back to itself that ought to have been used for company development.

During the press conference, Minister Bowen also spoke of evidence of “malfeasance” by WRB, a suggestion which had been made in a statement by government a day earlier.

He said: “…Government has also acquired the 11.6% shares which WRB purchased through an affiliate company and which was used to plough profits back into the hands of the company and its affiliates, rather than into critical ongoing capital investment to maintain and improve GRENLEC’s generating capacity.”

Bowen suggested that “load shedding” could begin again in Grenada after years of reliable service because of what he claimed is the current state of Grenlec’s generating equipment – this could not be immediately, independently confirmed.

WRB is acknowledged as one of the better management companies in the electricity generation and distribution market in the region and Grenlec has been generally considered a well-run company that had provided a reliable supply of electricity in the 26 years that it has been in Grenada.

According to the Government of Grenada, the World Bank has been given authority to select a management company to manage Grenlec, oversee the divestment of government’s 61.6% shares and to lead a move towards developing renewable energy.

The government has promised a lowering of electricity rates with the liberalisation of the market but given the size of the Grenada market this may not be feasible.

Bowen shared the press conference with Foreign Affairs Minister, Oliver Joseph who was a member of the team that negotiated the repurchase of the Grenlec shares from WRB.