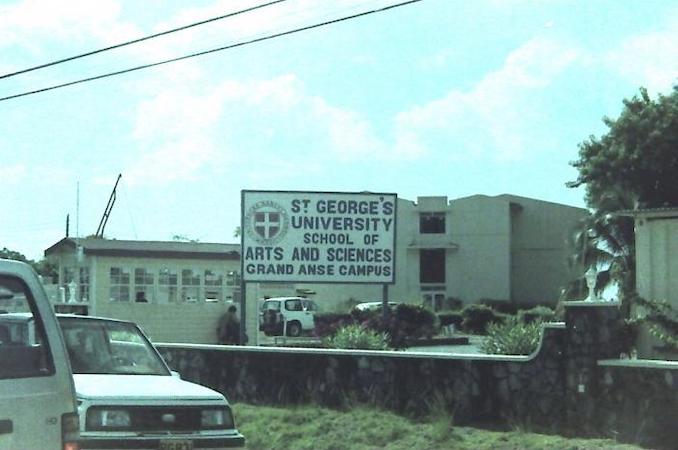 The cruise line is not making any contribution towards the upkeep of the workers while in quarantine. Not one cent. I confirm… not one cent. They promised but never delivered

The Keith Mitchell-led government has apparently been duped by a Miami-based cruise line that reneged on a promise to pay for the accommodation of 19 workers who were brought back to Grenada on Saturday.

This was hinted by former Finance Minister Anthony Boatswain in a post on Facebook against the backdrop of a video that went viral on Social Media last night as the workers rebelled against the poor living conditions under which they were being quarantined.

Over 100 Grenadian workers have been left stranded on cruise ships mainly in the Miami area as the industry has been closed down due to the coronavirus pandemic that affected worldwide trade and commerce.

According to Boatswain, the government is paying for the accommodation of the returning workers for the next 14 days in which they will be quarantined before they are allowed to integrate back into community life with their families.

“The fact is that this government is footing the entire bill to keep the returnees in quarantine”, he said.

“The cruise line is not making any contribution towards the upkeep of the workers while in quarantine. Not one cent. I confirm… not one cent. They promised but never delivered”, he added.

The workers were taken to Port St. George on Saturday by the Carnival Princess and placed in quarantine in the rundown campus of St. George’s University (SGU) close to the world famous Grand Anse beach.

Within hours of arrival at the place, the workers sent out a video to the outside world complaining about the living conditions on the campus.

One of the quarantined cruise ship workers was heard on the video saying that there was a dead fly on one of the beds, the place was smelly, full of cobweb and the floor was littered with garbage.

In addition, the workers also complained about the food provided to them for dinner and one openly said that she preferred to go to bed hungry for the night instead of eating the meal.

Boatswain who is the current Member of Parliament for St. Patrick West accused Jamaica of weakening the positions of the small islands in the negotiations to get the cruise line to pay for the accommodation.

He said: “Caribbean disunity has always and will continue to be a problem for our region. If all the countries with cruise workers had decided to take a united stance on this matter there would probably be no issue in having the cruise lines pay to keep the workers in quarantine.

“However, Jamaica with by far the largest number of cruise ship workers decided to pay to keep their workers in quarantine and not depend on the cruise lines. This seriously weakened the bargaining strength of the smaller territories. Therefore when the cruise line decided to renege on its original decision, what choice did we have? Leave the workers out there on the ship, or have them dumped in another territory?

“No. This government did the noble thing of taking them in and pay for their quarantine. But instead of thanking the government for this noble gesture, I am detecting some semblance of ingratitude combined with deliberate misinformation.

One day before Boatswain’s posting, a senior member of Parliament had told THE NEW TODAY that the cruise line had agreed to pay for the accommodation of the returning workers.

He said: They (the workers) are all being taken to compulsory quarantine and tested (for the virus). They will remain there for 14 days. Government has negotiated for the Cruise Company to pay for the quarantine of each worker”.

The Parliamentarian was contacted this morning on the issue of giving out false information on the deal between the Mitchell-led administration and the cruise line.

He said: “Not a lie. Sometime just before the arrival the ship informed the Minister that Barbados and St. Lucia had agreed to drop their charges and therefore they were demanding the same treatment from Grenada. They threatened to dump the workers off in Barbados. A choice had to be made”.

Tourism and Civil Aviation Minister Dr. Clarice Modeste-Curwen was quoted as saying that the accommodation cost for each of the 19 returning cruise ship workers over the 14-day period was EC$9500.00.

Over the years, Prime Minister Mitchell has often fell victim to several so-called foreign investors in connection with millions of dollars on investment projects.

The island lost over US$5 million that was guaranteed by government from a bank in Europe for United States investor E.J Miller who promised to build a luxury hotel in the Mt. Hartman area.

Last year, information emerged that a foreign outfit that was given the go-ahead to build a shrimp farm plant in Victoria, St. Mark ran off with EC$52.2 million that were collected from the sale of Grenadian passport through a programme known as Citizenship by Investment.