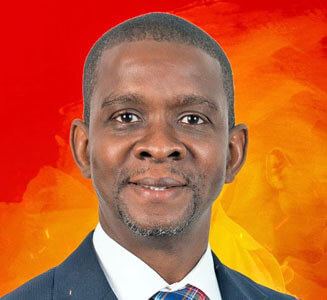 Education Minister David Andrew: the shortage is being addressed

Education Minister David Andrew has acknowledged that there is a shortage of qualified teachers at the secondary school level especially in the key area of Mathematics, and the Ministry of Education was engaged in looking at ways to address the issue.

The senior government minister was approached by THE NEW TODAY following reports of a state of uneasiness among students at the Grenada Boys Secondary School (GBSS) which has been without a Mathematics teacher for several months.

“I have heard of that situation myself. I am aware – it was brought to my attention that there is an outstanding (position for) a teacher at GBSS (in Mathematics) and that has been so for a while,” he said.

“I anticipate that before too long we would have a resolution to this matter at GBSS,” he added.

There are reports that some students were seeking transfer from GBSS to pursue their studies in other secondary schools due to the absence of anyone to teach Mathematics.

Minister Andrew who has been on the job for nearly seven months gave assurances that he will ask “the responsible officer to look into (the GBSS situation) with a certain degree of urgency and give some feedback.”

According to the senior government minister, there is on the whole an issue with the performances in Mathematics in the island’s education system and not just only the availability of teachers at the moment.

There has been a problem, he said, with Mathematics throughout the years as it is one of the lowest performing subjects for local students at the CXC level.

Minister Andrew pointed out that the issue is being addressed “systemically” and referred to what he called “strategic responses that we intend to introduce from as early as the lower primary ages” as well as using strategically “our best practice persons” to teach students.

He said that since taking up office following the June 2022 general election “we have started engaging the Curriculum Department to look at what the ministry’s response is going to be to those struggling areas with Mathematics being one of them.”

He said that a number of things have already been put together to address the problem and that some of them are currently being reviewed and finalised.

The minister disclosed that on Tuesday, he and his Management Team discussed a number of those strategies that should be brought forward including placing greater emphasis on training when it comes to problem solving, as well as skills in the lower levels of the primary schools which will dovetail into things like coding that should have a spillover into areas like Mathematics.

He also referred to a plan to recruit “master teachers” in some subject areas, as well as identifying the areas of weakness and areas of strengths of some teachers and using some master lessons from a central repository of established lessons that can be taught from one place involving Master Teachers who have great competence in those areas.

“It is not something that we have ignored – we are actively pursuing (the strategies),” he said.

THE NEW TODAY understands that this will happen with the use of the Zoom platform and other technology as the Ministry of Education intends to utilise Master Teachers in some areas of strength like Mathematics.

Minister Andrew referred to this as a “low hanging fruit” to deal with the situation in Mathematics.

“We have discussed it – we are acutely aware and we are putting a broad spectrum of responses that we are confident will begin to incrementally improve the performances in Mathematics,” he said.

Minister Andrew announced that the University of the West Indies (UWI) has also been discussing with Grenada the possibility of addressing some of the deficiencies in the education system including training.

He also mentioned the possibility of giving incentives to get students to become more involved in Mathematics and the government is expected to make an announcement soon about rewards for passing Mathematics.