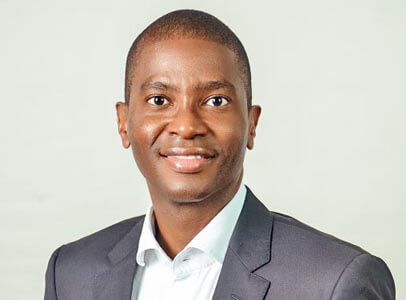 The Ministry of Finance is in the process of reviewing measures that were implemented under the former Keith Mitchell government in December 2021, to ease the cost of living for citizens amidst the pandemic, which has resulted in a debt of over EC$1M to fuel suppliers, and the Grenada Electricity Services Ltd. (GRENLEC) losing over EC$11M in revenue collection in the past eight (8) months.

This was disclosed by Prime Minister and Minister of Finance Dickon Mitchell who told reporters at a recent post-Cabinet media briefing that although these measures are geared to ease the cost of living, they have had “significant financial fiscal consequences for the government.”

“And so, we have to ensure that in our approach to mitigating the high cost of living that the government is also fiscally responsible in terms of the approaches that it takes,” said the Grenadian leader, who added that while his administration has agreed to continue with those measures until year-end, its position going forward will be announced “at the next post-cabinet briefing.”

“We will make an announcement as to whether that will remain in place or whether we will remove the cap, and if we do what are the measures we would take to assist with ameliorating the price of fuel at the pump…after the next Cabinet meeting as to the government’s position on this,” PM Mitchell declared.

High world fuel prices have driven up the cost of goods and services around the world, with significant and constant increases on the fuel rate of electricity since the start of 2021.

In a video released by the Government Information Service (GIS) last Wednesday, the Acting General Manager of Grenlec Clive Hosten explained that from January this year the price passed on to consumers was .50 (50 cents) but has increased to .77 (77 cents) in July.

Hosten pointed to the significant opportunity presented by this challenge for “customers to take energy management and conservation into their own hands (by) paying attention to your monthly consumption, your daily consumption trying to reduce waste as much as possible.”

Mitigative measures he outlined includes “ensuring that lights, fans, transformers and other electrical items are switched off when not in use and closing the refrigerator doors properly.”

According to Prime Minister Mitchell, the new Congress government will continue with the fixed price of the LPG cooking gas 20lb cylinder at $40.00 per bottle.

However, the Acting Permanent Secretary in the Ministry of Finance Mike Sylvester explained that if the $40.00 cap on the LPG cylinder is maintained the “arrears will continue to build,” and “the government would of course need to take measures to reduce those arrears that are building up to suppliers.”

“I know we have been receiving quite a bit of calls from the suppliers in terms of making payments and so on. So, that is something we will address (in) the shortest possible order,” PS Sylvester added.

The top civil servant in the Ministry of Finance revealed that the Government is “subsidizing” the gas at this particular moment, almost $21.00 on every LPG cylinder,” which has “increased to as much as $27.00 in some cases.”

These announcements came approximately one (1) day before the start of consultations on the 2023 budget and approximately one week after Governor General, Dame Cecile La Grenade outlined the government’s plans for the energy sector in the Throne Speech in Parliament.

In the speech it was highlighted that “dependence on traditional energy sources, like crude oil, places Grenada in a vulnerable position given the direct correlation to increase in electricity prices, food costs, and other gas and energy related products.”

The Throne Speech also touched on the government commitment to “invest in alternative and renewable energy and create avenues for the use of solar, geothermal, wind and hydro energy, targeted at lowering the cost of energy to consumers, and plans to position the sister isle of Petite Martinique as transformation hubs, allowing for pilot programme testing in the areas of renewable energy, among others as part of Climate adaptation and mitigation measures.”