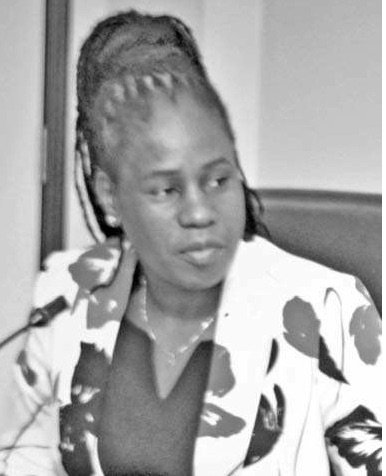 Press Secretary Philomena Robertson – the demands are currently being reviewed

The Keith Mitchell government, through its Press Secretary, Philomena Robertson, has confirmed receipt of a letter from an alleged Creditor for Grenada Sustainable Aquaculture Ltd, Leo Ford demanding outstanding payments regarding a Consultancy Services Agreement (CSA) for the failed shrimp farm project in St. Mark.

Robertson was approached by THE NEW TODAY about the stream of letters in circulation by Ford but declined to provide answers to several questions asked by this newspaper.

One of the letters which was addressed to Chief Executive Officer of the passport-selling scheme known as Citizenship By Investment Corporation Grenada, Thomas Anthony, is demanding US$6,450,000 to settle the issue.

According to the letter, Ford said that he was prepared to “accept the amount of $5,450,000 as full and final settlement of the debt if paid within seven days from the date of this letter”, which was April 15, 2019, or “accept installments of $400,000 per month until the debt is fully paid.

The letter which had an address in Panama requested that “the first installment  be paid on April 30, 2019 and thereafter on the first working day of every month until the debt is fully paid.”

However, this was not fulfilled by government and Ford indicated that he intends to institute legal proceedings to recover the debt.

This newspaper sent three questions to the Press Secretary via email on the issue involving Ford and the failed shrimp farm project on the island.

The questions were –  Can you tell me if government is aware of the demand being made? Was there actually a contract signed? If yes, who signed it and what was the reason behind the contract being signed?

Robertson sent the following response to the questions: “What I can say on this is that Government has received the correspondence, it is currently being reviewed and a response will be sent in due course.”

About two months ago, Prime Minister Mitchell announced that an investigation involving international and regional persons would be initiated into the failed shrimp farm project.

He said that “significant” sums of money were collected by the proprietors of the project but no investment was made.

The founder and Executive Director of the company behind the project is Soren Dawody who has reportedly not been seen in Grenada for several months.