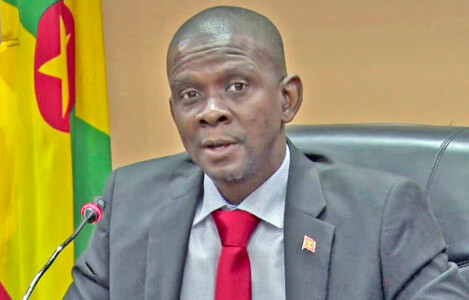 An investigation has been launched into the community-based non-profit FAITH Organisation for People’s Development Corporation Inc., which is linked to former Education Minister Emmalin Pierre, to ascertain the contractual agreement that was entered into with the former New National Party (NNP) government of Dr. Keith Mitchell.

“We are not as disposed to continue engaging (FAITH Development Corporation Inc.) until we have some reasonable direction from the AG’s (Attorney General’s) chambers,” said newly installed Education Minister, Senator David Andrew, who made the revelation during Tuesday’s post-Cabinet press brief in St. George’s.

The review of the non-profit organisation comes on the heels of calls made in various quarters for an investigation into the company after documents surfaced showing that the former NNP regime had provided over EC$1.1 million in government subvention to FAITH in 2020, while other organisations received in some cases, under $10,000.00 annually.

The 2022 Estimates of Revenue and Expenditure show that more than EC$2.9 million was assigned for Contracts, Outsourcing, and Other Services for the Ministry of Education under the Schools Administration and Management Unit for 2020, but it was reduced to less than EC$1 million in 2022.

According to Minister Andrew, FAITH was contracted by the former government to supply cooks, cleaners, and grounds men to some schools on the island, in addition to those who are hired directly under the Ministry of Education’s programme.

Documents seen by THE NEW TODAY show that a sister to former Education Minister Pierre is listed as a Director of FAITH.

Minister Andrew told reporters that among the “several questionable things that raised red flags…it had become the practice that “once somebody retired they were replaced by somebody from that organisation (FAITH).”

Speaking at a press conference hosted by the main opposition New National Party (NNP) last week Thursday former Education Minister Pierre, who has been re-elected to serve as the Member of Parliament for the constituency of St. Andrew South East acknowledged that she is acquainted with the people who set up and registered the entity, and defended the former government’s decision to adopt a single or sole sourcing procurement procedures to contract FAITH “for the purposes of cleaning and sanitising services of schools” during the height of the coronavirus pandemic.

“…We found ourselves in a crisis just about a week before schools reopened when stakeholders, said to us that they would not return to school if we don’t sanitise inside and outside,” Pierre said, indicating that the cleaning staff at the time was fearful for their lives because of the uncertain information concerning Covid-19.

The 2014 Procurement legislation states that this format can be used “owing to a sudden unforeseen event” and “there is extreme urgent need” for goods, works or services to be procured… because of the urgency, the other available methods of procurement allowed by the provisions of this Act are impractical or would cause delay.”

Noting that “the circumstances that gave rise to the urgency were not foreseeable, and were not the result of dilatory conduct on the part of the procuring entity,” Pierre explained that “all of those will be considered special emergencies, special circumstances.”

“For example, special circumstances of replacing people immediately because you don’t want a school to go without a sanitiser the next morning (and) Cabinet would have deliberated, and taken a decision to go that route,” she said, noting that the company was eventually contracted to provide the service continuously.

However, as the new government awaits directives on the way forward from the Attorney General’s Chambers pending the results of the review, the Education Minister said, the Ministry “has collaborated with school principals to ensure that they hire on our (the Ministry’s) behalf a cook (and) a cleaner for the month of September, and a grounds man for the one-off cleaning required for the initial start-up of school.

This, he explained will be “a temporary one-off arrangement,” and will “give the ministry a chance to carefully put whatever policy direction in place.”

“So, the schools are in fact able to engage and rehire similar persons who were under the organisation (FAITH) but they just would not be under that arrangement, and we would honour it…so, we are assured that come to the starting of school there will be cooks and cleaners and a grounds man in place,” Minister Andrew affirmed.

News of the FAITH investigation also comes approximately one week after Political Activist Kem Jones advanced the argument that some former government ministers have been milking the country’s purse dry through a “ number of ghost companies that they have set up (over the years) in the names of people who they confide in, family members (and) friends.”

Jones had referenced one company that “was collecting $96, 000.00 every month” for service(s) procured by the Government of Grenada but the expenditure or the money that they were paying the actual workers amounted to “just under $26,000.00.”

He also referred to instances where workers attached to some of these “ghost companies” have been “complaining that they didn’t get pay,” and were told “that government didn’t pay so they cannot get their money.” 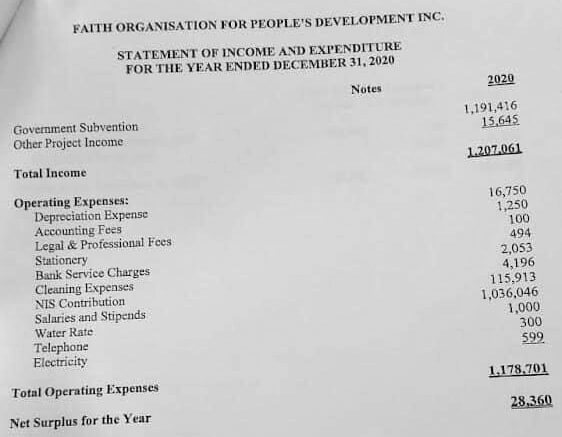