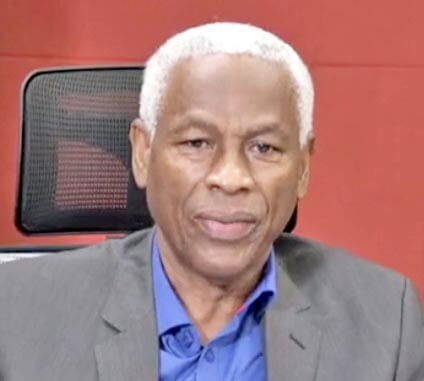 Section 42 (1) (a) and (b) of the Public Finance Management Act 2015 provides that where money is required to be paid by the government by an order of the court or an arbitration award, the Minister may on the advice of the Attorney General or the Accountant General and the Director of Audit settle the claim and may in writing direct the Accountant General to pay the amount in settlement of the claim out of the Consolidated Fund.

Those were the words quoted from the Public Finance Management Act 2015, by Leader of Government Business in the House of Representatives, Finance and Public Utilities Minister Gregory Bowen last week Friday, as he attempted to prove the legitimacy of the administration’s buy back of the majority shares of the Grenada Electricity Services Ltd. (GRENLEC), during a sitting of the Lower House of Parliament.

Amidst mounting skepticisms surrounding the source of the funds used to repurchase the shares under the negotiated repurchase settlement reached at the International Center for Settlement and Investments Disputed in March in favour of the Florida-based WRB Enterprises Inc, members of the House of Representatives voted in favour of a motion, which sought to affirm the multi-million dollar settlement award paid by the Keith Mitchell-led government to repurchase majority shares in the lone power company on the island.

In keeping with a settlement reached without prior approval from Parliament in December last year, the ruling New National Party (NNP) administration has already paid US$60M to WRB, with another US$3M due in two years on the basis of a Promissory Note.

The motion that was brought before Parliament stated that “the Public Finance Management Act No. 17 of 2015 does not create a legislative obligation for prior approval of the House of Representatives in the case of a payment of judgement debts by a mandatory transfer of shares in a publicly traded company to the Government of Grenada.”

According to Minister Bowen, over “EC$150M in savings” from approved Capital projects that were never undertaken under the 2020 budget were used to repurchase the GRENLEC shares, a statement that has sparked public debate about other aspects of financial management and a threat by Opposition Leader, Tobias Clement, to take the government to court over the deal.

Chairman of the main opposition National Democratic Congress (NDC), Kennedy Roberts is also among the skeptics, contending that even though there were several projects budgeted for under the 2020 Capital budget that did not come to fruition, “you cannot get more than EC$130M of unspent funds”.

Roberts felt that “the government must have received that additional monies from somewhere”.

Speaking during a recent NDC press conference, the executive member said the monies used to buy back the shares must be reflective somewhere in the budget (because) based on the information presented in the 2020 and 2021 budgets there is no way that the government could have used or moved around money and this “is just a blatant manner of telling the Grenadian people that they don’t think we can seriously analyse issues.”

Trade Unions are also fretting over the fact that the government was able to find the money for the WRB settlement but has declared that it cannot pay the EC$13.2M in negotiated salary increases for this year.

Contributing to the debate on the motion to approve the deal, Minister Joseph said the buyback of the majority shares of the power company was done in the interest of maintaining national identity and security, noting that “in some countries (power companies) they consider it a national security asset.”

He recalled that “during the period 1979-83 some of my friends were saying that the State must control the commanding heights of the economy and electricity and water and so on must stay as state assets”.

“Today some of them singing a different tune because they say NNP have it (but) it’s the state that has it,” he added.

The sale of the lone electricity company by the National Democratic Congress (NDC) Government in 1994 provided for WRB Enterprises, to have a monopoly on the local electricity sector for approximately 80 years, a deal which PM Mitchell, described as the “worst” undertaken by any Government of a national asset.

However, Public Relations Officer of the NDC, Attorney-at-Law Claudette Joseph at a media briefing alluded to the fact that “the NNP failed to improve on the agreement “reached between the then Congress government and WRB in 1994, having “received parliamentary approval to do so between 1996 & 1998.”

Joseph noted that “it (the agreement) came into force in 1998 by an Act of Parliament that was headed by Dr. Mitchell after they had re-examined the agreement having won the 1995 elections and attempted to renegotiate.”

She pointed out that in an attempt to reform the electricity sector, in 2016, the Keith Mitchell government altered WRB’s investment by terminating its 80-year utility monopoly, which resulted in the matter being taken to an international arbitral tribunal, in which government was ordered to compensate the foreign investor.

PM Mitchell informed last week Friday’s Parliament sitting that the decision to regain control of the electricity company is to liberalise the sector and in turn, bring benefits to customers, such as reduced electricity rates but warned that these benefits would not be immediately realised.

“I want to caution that this is not something that will come tomorrow morning and you will see the price of electricity will drop, it does not work so.

“We have to be cautious of how we proceed, the company has to continue to be viable. The options are going to be made available, every aspect of the arrangement must be studied carefully. We are confident that over a period of time the arrangement will benefit all and sundry but it’s not going to be with the stroke of a pen or overnight. It will not work that way.”

And while he has given assurance that government will divest the reacquired shares mainly to Grenadian interests, PM Mitchell has not presented a time table as to when a divestment will be done.

During the debate in the Lower House of Parliament, Opposition Leader Clement called for clarity on the government’s immediate management plans for GRENLEC.

“Who are the directors on the board of GRENLEC, how were they appointed, who is the Chairman of the board?