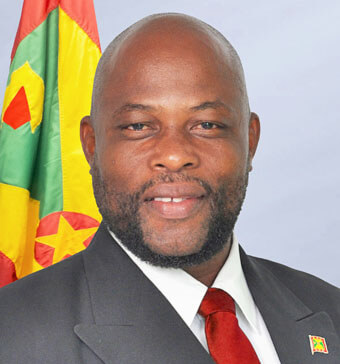 Sen. Roland Bhola - government was on track to record a surplus in 2020, had it not been for the COVID-19 pandemic

Amidst a heated impasse between trade unions and the government over its inability to source EC$13.2M to pay salary increases to public officers for 2021, compared to its ability to source the significantly larger sum of US$63M to buy back the Grenlec shares, Government Senator, Roland Bhola has expressed the view that had it not been for COVID-19, the Keith Mitchell-led administration would have recorded a surplus and be in a better position to make the payments to disgruntled civil servants.

Bhola expressed this view while contributing to a resolution put forward in the Senate by Leader of Government Business in the Upper House, Sen. Simon Stiell to affirm the settlement award between government and the Grenada Private Power Co. Ltd. and WRB Enterprises Inc. during a sitting of the Upper House of Parliament last week Wednesday.

“For the first quarter of 2020, the report would show that based on the projected earnings…it surpassed that of what was projected and (even) that of 2019,” Sen. Bhola told the House.

“In other words, it means, had it not been for COVID-19…the government was on course, I believe, to do well so that we could have seen surpluses in our budget. And I dare say, with the kind of management that we have seen over the years, if it was not for COVID-19, there would have been a way to find somewhere, resources to make payments…,” he told the sitting.

“I don’t know if we would have found the amount we did but I believe from what we have seen, there would have been a way to find that because the government was on track to do well,” he added.

The Government has said that funds used to repurchase the Grenlec shares came from savings under approved Capital projects that were never undertaken under the 2020 budget and deferred loan payments, which has sparked public debate about other aspects of financial management and a threat by Opposition Leader, Tobias Clement, to take the government to court over the matter.

Prior to the Grenlec deal, the government requested that the Unions “give up” their increases for 2021, attributing its inability to pay to financial challenges brought on by the COVID-19 health crisis.

Meanwhile, Labour Representative in Parliament, Sen. Andre Lewis told reporters at a press conference that over the years, the workers have “demonstrated our commitment to the working people of this country and the nation as a whole (and) has for many years took zero increases…”

Related:  Gilchrist: Government looking to have one pension arrangement

He contended that the “government can find money to (do) all different things and tell us on the other hand that it is not our business where the money come from to pay WRB (and they) want to demand of us what to do with our increases,” in what he described as “bad mindedness” on government’s part, especially, “taking into account that (it is) our workers (nurses etc. who) have been at the forefront fighting off COVID-19 (and the fact that) it is our increases that would go back into the (local) economy.”

He made mention of what he described as a “horrid letter” from the Mitchell-led government “basically repeating their same position.”

“Our employer wants us to believe that they cannot afford to pay…and is trying to use COVID-19 as an excuse,” Sen. Lewis contended, pointing out that “the $13.2M for 2021, which works out to in our estimation EC$1.1M a month, is budgeted for in our Estimates of Revenue and Expenditure for 2021.”

Sen. Lewis accused the government of “trying to hide the figures,” claiming that the administration has “refused” to grant its request for a “breakdown of the workforce that they claim is costing them EC$13.2M on the 4% increase for 2021.”

“They refused to give us that information. You know why? And it is anybody’s guess because included in that work force would be all kinds of different party positions and other things that they have created for themselves. The high-end people, not the ordinary public officers that we are speaking about; that is why they are reluctant to give us that information, just as how they are reluctant to tell us where the US$63 come from to play WRB…because if they come with the genuine public service list of employees, it would prove to you that the increase that they are speaking about is much less than what they are actually saying,” he declared.

Workers started to engage in limited industrial protest from Friday by wearing their union T-shirts or a garment that is black or red.

Union leaders have warned that failure by government to comply with the signed collective bargaining agreement that requires public servants’ salaries to reflect a 4% increase by end of January can result in workers engaging in heightened industrial action in Grenada.