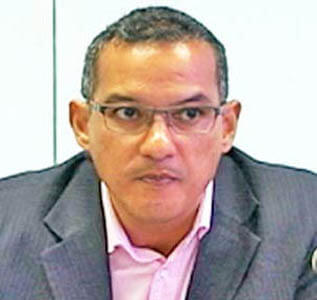 Questions have surfaced in the country following the controversial announcement by Health Minister Nickolas Steele on Tuesday that considerations are being given to providing some form of easement for unvaccinated individuals, who continue to be subjected to discriminatory treatment because they refuse to take the COVID-19 vaccine.

The Health Minister told Tuesday’s post-Cabinet media briefing in St. George that considerations are now being given towards the best course of action for unvaccinated persons going forward, and that Cabinet has agreed to no limit on gatherings for fully vaccinated people amidst the continued low COVID-19 test positivity rate in the country, as recommended by the Anthony Boatswain-led COVID advisory Sub-committee.

The announcement follows statistics released by the Ministry of Health on Monday showing a COVID-19 test positivity rate of 7.6%, with 33 new active cases and four hospitalisations, 70 new recoveries, and no deaths.

“I truly do hope if the current trend continues that we can be looking at most, if not all of our restrictions, travel included being changed by March/April, and I think most countries are contemplating that too…,” Minister Steele told reporters.

“It is being contemplated as to how we can move forward also with non-vaccinated individuals as well, and over the next couple of days or so that will be discussed, and also the removal of social distancing and mask mandates in churches, by the end of the month, or into the next month,” he said.

Political Activist Kem Jones, who is one of those who opted to not take the COVID-19 vaccine, questioned the motive behind the “all of a sudden” decision by the Keith Mitchell-led administration, and views the move as a “sad” attempt to “trick” individuals by giving them a “false sense of assurance that they are back into society to score political points ahead of the highly anticipated General Elections, which is constitutionally due next year.

Jones took issue with the turn of events during his “The People’s Court” programme, hours after Tuesday’s announcement, and charged that the ruling New National Party (NNP) regime continues to encourage vaccination, and has been strongly supporting the unilateral imposition of vaccine mandates by employers as a condition for employment.

The political activist, who is advocating for the removal of the incumbent government, in favour of the revived main opposition National Democratic Congress (NDC) party led by Attorney-at-Law Dickon Mitchell, expressed the hope that “the Grenadian people will not be fooled again by the tricks of this (NNP) administration.”

According to Jones, the Mitchell-led administration has treated Grenadians “badly non-stop” such as teachers, public officers, young people, and small business owners.

“…When it comes closer to the election they start rolling out the red carpet with the hope that you will be moved…they are still in that little box believing that our people are not concerned about those things but we are concerned,” he said.

In fact, I am not vaccinated but I am a Grenadian and the Constitution of this country guarantees Kem Jones, and the other unvaccinated people of Grenada equal rights and justice for all but what we saw in the last two (2) years was a direct attack on the constitutional rights of the Grenadian people (and also) a breach in contractual agreements, and agreements by employers against the employees, and a lot of people lost their jobs and was looked down at.

Prime Minister Mitchell had previously vowed to not provide incentives for persons who found themselves on the breadline because of their decision not to take the COVID-19 vaccine.

“I cannot give you incentives for not vaccinating,” he said in response to questions posed during a press conference with reporters last month.

“I’ll be very dishonest to say I am going to create a programme to help you for refusing to do something to save your own life – I would not do that,” added the Grenadian leader, who expressed amazement at citizen’s reluctance to COVID-19 inoculation.

“If you want to vote against me for this, and I am talking to people who think like that then that is your right but I can’t in conscience create something to encourage you, some people might be prepared to do it for a vote, let them do it but I am not going to do it. So my urge is to protect yourself.”

The removal of restrictions for fully vaccinated events comes weeks before the highly anticipated Cricket Test Match event to be played between the West Indies and England at the National Stadium from March 24-28, in which persons are being encouraged to get vaccinated to participate in a mini-carnival extravaganza, which is geared to showcase aspects of Grenadian culture to the world.

It also comes days before the Carriacou Carnival, which will be held for the first time Monday, following a 2-year hiatus, while the COVID-19 subcommittee, is contemplating restrictions for Spicemas 2022, which is scheduled to be held on August 8 and 9, with a blended approach of having an in-house and virtual audience.

According to Culture Minister Yolande Bain-Horsford, who outlined the plans for Spicemas 2022 during Tuesday’s post-cabinet media briefing, further details will be given by the Spicemas Corporation (SMC), which is expected to unfold the details during a press conference planned for some time next week.

However, Jones, who was among hundreds of revelers who defied the law and played Jab Jab despite the cancellation of Carnival last year, commented on the developments, using the opportunity to remind his listeners that “when I played Jab Jab, when you played Jab Jab, and express your culture (last year) you were violently, verbally attacked, ostracized.”

He is contending that “now, all of a sudden the election is around the corner you can participate play your Jab Jab, Fancy Mas…”

According to Monday’s statistics, the island’s fully vaccinated population has not moved pass 33.1% (37, 414), since the recent spike of the omicron variant, which has proven to have mild to moderate effects on those who contract the virus, compared to previous COVID-19 variants.

Health Minister Steele has acknowledged that while “we are not going to get everybody vaccinated in Grenada, we do need to get as many people as possible vaccinated to minimise risk.”

“The gatherings, making a difference between the vaccinated and unvaccinated is not to spite people…it is to try and make sure that the risk is reduced as much as possible for the time being,” he said.

The senior government minister explained that there “come a time when we will move forward with no restrictions on gatherings and it would not matter whether you are vaccinated or unvaccinated with respect to moving about or going to places.”

However, the Health Minister added that “it will matter, and continue to matter with respect to an individual’s risk to COVID-19.”