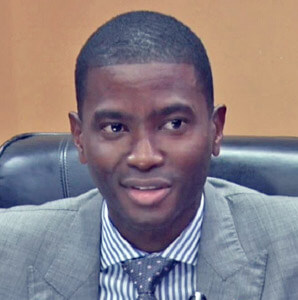 Analysis from the Ministry of Finance indicates that the freight charges on average have increased by over 40%, over seven (7) regions with a maximum increase of 108% from Asia according to Prime Minister and Minister of Finance Dickon Mitchell.

Speaking to reporters at a post-Cabinet press briefing on Tuesday, the Prime Minister announced plans to cap freight costs at 2019 levels, from October 01, 2022, to March 31, 2023, as part of measures to reduce inflation and tackle the high cost of living in the country.

The Grenadian leader expressed optimism that the measure, which is being proposed for six (6) months in the first instance, will be presented to the members of the Cabinet when they meet in the coming week to deliberate on national issues.

According to PM Mitchell, this decision follows “recommendations by members of the business community, who since the Covid-19 pandemic have been affected by high duties and taxes and the rising cost of supplies on the world market.”

However, he acknowledged that this measure will result in the “government losing as much as $4M in revenue collection,” and placed on record his expectation that businesses benefitting from the initiative will make the necessary adjustments to pass on those savings to the citizens and final consumers.

“We appreciate that it is not an easy decision to make for the government but we recognise that the government must be first about citizens, and the challenges that the citizens face, and all governments at this time are taking measures at least temporarily until inflation gets under control and freight prices stabilise and decrease,” PM Mitchell told reporters.

He stated that this measure “will only be of benefit, particularly to the citizens, and the end consumers if the business community does the right thing.”

“We have heeded the call by the business community to in fact cap the rate at 2019 levels…and many of the business community who are involved in a wholesale and retail business, and the importation of goods made that recommendation, so we have heeded that recommendation, and we, therefore, expect that they would do the right thing to pass on those benefits and savings to our citizens,” he added.

Responding to a direct question posed by THE NEW TODAY, Prime Minister Mitchell sought to explain the extent of the kinds of increases in freight that persons have had to deal with, noting that although imports from North America, South America, the CARICOM region, Europe, and Africa and Oceania, have realised a 40% increase “the highest increases come from Asia” which is the home of China “the manufacturing capital of the world.”

He indicated that “significant imports, even when they are routed through other regions come from Asia,” a region, which has more than doubled in freight cost.

Related:  The 25% discount on non-fuel charges on electricity was unsustainable

PM Mitchell pointed to the increase in inflation worldwide, outside of the freight rates, noting that “there is the risk that even with this measure (cap on freight cost at pre-2019 levels) that the kind of reduction in the prices that we may want, may not happen for other reasons.”

The Prime Minister announced that a post-mortem will be conducted after the 6-month period and said that while “the government doesn’t have the resources to police businesses to that extent to ensure that benefits from us capping the rates from October at 2019 levels is passed on…we certainly would know, and I think consumers will be able to tell us whether they have noticed the benefits or the saving being passed on to them.”

“We can get a general sense from the general public, and from the prices at the supermarkets (and) hardware stores et cetera as to whether there is a noticeable drop in the cost of goods to the consumers, and given that the businesses themselves asked in many instances for this measure to be implemented.”

“While there may be one or two unscrupulous businesses, I would not want to think that the majority of our business community, in these circumstances, given the high cost of living, would not pass on those benefits, given that the higher the cost of living the less people will buy – so it’s in their interest to in fact pass on these benefits so that consumers buy more so that they in turn can at least, from the importation side import more.

Permanent Secretary in the Ministry of Finance, Mike Sylvester used the opportunity at the press briefing to explain that, while there are a number of items on the price control list monitored by the Office of Consumer Affairs “it is almost impossible administratively, or otherwise, to sort of monitor all the prices across the spectrum of goods and services that we have.”

The Ministry of Finance along with the Customs Department are expected to provide detailed information to the public on how the process will move forward once the proposal is approved by the new Grenada Cabinet, which was installed in June.