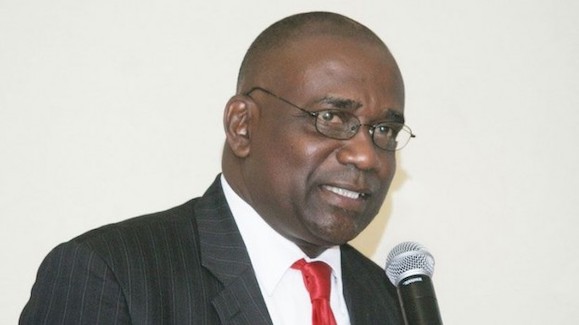 Minister Joseph promised to issue a response soon to the resignation

Foreign Affairs Minister Oliver Joseph has confirmed that Warren Newfield has resigned from his diplomatic post.

In a letter addressed to the Minister and emailed on Thursday, Newfield said he is giving up the post of Ambassador at Large and Consul General for Grenada.

Newfield, one of the developers behind the Kimpton Kawana Bay resort project in Morne Rouge, wrote that anti-business policies by the Keith Mitchell-led Administration are responsible for his decision.

In a telephone conversation with THE NEW TODAY, the Foreign Affairs Minister said, “I am acknowledging to you that I have received the letter and I will put out a statement shortly”.

When asked to respond to the claims of anti-business policies made against the regime, Joseph said he would address those in his statement. He did not say how soon a statement would be released.

The resignation of Newfield, who acted as a business attaché for the island, operating out of Florida in the US, is a major blow to the Mitchell-led Administration and is yet another high-profile resignation within Grenada’s passport-selling programme.

Recently, the CEO of the Citizenship by Investment programme resigned and more recently the Chairman.

For the past six years, Newfield had been a major player in the CBI programme, attracting investors to the island.

Explaining his resignation, Newfield wrote, “Unfortunately, conditions in Grenada have changed drastically in the past few years. The country’s leadership, previously having the country’s best interests at heart, was welcoming to foreign investment and economic development, but has been transformed into an anti-business regime.”

Newfield offered the developments between the Grenada Government and foreign investor, WRB Limited as one example of the anti-business environment which he said currently exists in Grenada.

The 2016 Electricity Supply Act, passed in Parliament, forced the sale of Grenada Electricity Company Limited back to the government.

The former diplomat said: “This is evident by the recent ICSID award of $65m against the Government of Grenada due to it breaching its agreement with the controlling shareholder of Grenlec.”

In the letter Newfield was deeply critical of the business environment, quoting the low ranking of the country globally.

He also mentioned his own business interests suffering as a result of government policies.

“It is little wonder that in the 2020 survey by the World Bank assessing “ease of doing business” in countries globally, Grenada ranked Number 146th out of 190 nations – the fourth worst performance in the entire Americas region, with only Venezuela, Haiti and Suriname receiving worse status. I have seen this deterioration first-hand.

“My own business interests are hardly the only ones to be damaged by the regime’s disregard for investor rights. The government has breached agreements with other businesses. Other than the recent fiasco with Grenlec one only needs to look at the government’s attempt to expropriate the Rex Hotel.”

Newfield said the situation has become “untenable” and he “can no longer serve in good conscience as Grenada’s business and diplomatic representative abroad”.

“I wish nothing more than a level and rational playing field for those who wish to do business, create jobs and grow the economy in order to ensure a bright future for the youth of our wonderful country.”