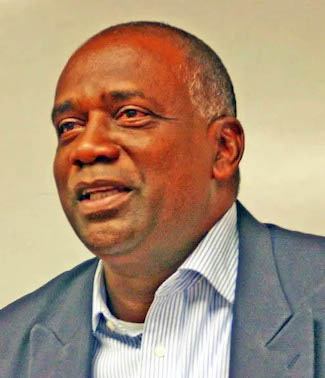 A top poultry producer on the island has accused the ruling New National Party (NNP) government of Prime Minister Dr. Keith Mitchell of doing a serious injustice to persons involved in the industry for a living.

Speaking to THE NEW TODAY on Wednesday, the poultry farmer said that the government discouraged them from entering into an agreement in 2019 with Caribbean Agro Industries (CAI) that could have resulted in lower costs for them on the purchase of animal feed.

He said that he has just been made aware of a serious plan by Caribbean Agro to be seen as “a good corporate citizen” to assist with the development of the poultry industry by giving the industry a rebate on every bag of animal feed purchased from the Mt. Gay based company.

According to the official, the proposal that was put forward by CAI three years ago called for the Grenada Association of Poultry Producers (GAPP) to benefit from a volume-based pricing system whereby farmers will get discounted rates based on the amount of volumes in animal feed that they purchased from the company.

He said the norm on the island is that small farmers are oftentimes not able to buy in volumes and limit themselves to between 25 and 100 bags of feed at a time.

He pointed out that the CAI proposal called for all the individual farmers to be treated as one under the umbrella of the Grenada Poultry Producers Association (GPPA).

“Even if a member (of the association went) to Caribbean Agro and purchased 1 to 10 bags of feed, they will get it at a discounted price. So even if as a small ordinary farmer, you go and buy 2 bags, by the mere fact that you are part of the aggregate of the farmers’ association, you will benefit,” he added.

The poultry farmer described the CAI offer as one that would have been “an immediate benefit” to the farmer but it did not get past the then Minister of Trade Oliver Joseph.

He charged that Minister Joseph, the current Member of Parliament for St David reportedly put a hold on the proposal during a meeting with CAI to discuss the offer made specifically to poultry farmers.

He said that he understood from company officials that the senior government minister felt that the offer should be made not only to the poultry industry but to all farmers across the island.

He spoke of CAI telling Minister Joseph that “this is not how we do things, the company has to look at its own interests as well” and as a private sector enterprise cannot be dictated to by the ruling administration.

He said that as a member of the poultry association, the body had been clamouring for better prices from Caribbean Agro for years and when an offer was put on the table it was pushed aside by the Mitchell-led government in the Botanical Gardens.

“Imagine Caribbean Agro came up with a formula which we believe is going to immediately benefit the farmer (and) the man say no.

The GAPP member pointed an accusing finger at Minister Joseph for the failure of the proposal to go forward because of his position on the issue.

In addition, he said that on every bag of poultry feed purchased from the company, the poultry association was expected to directly get something like 10 cents back to use for its own development.

“I heard nothing about that (proposal) again – that just died a quiet death,” he said.

The poultry farmer told THE NEW TODAY that the majority of poultry farmers are not aware of the CAI proposal based on discussions held with several of them and blamed “the ineptness, the stupidity and the greed and the politics of the government” for the failure of the proposal to get off the ground.

When contacted for comment on the issue, former GAPP President, Jason Phillip said he was aware of the offer from Caribbean Agro to assist poultry farmers and had mentioned it to officials in the Ministry of Agriculture and Trade.

Phillip indicated that he was told by these persons not to proceed with the initiative as the government was directly involved in discussions with CAI to cover that issue and other matters to benefit the farming community.

Minister Joseph did not answer his telephone when calls were made to him on the issue of the CAI proposal to benefit poultry farmers.