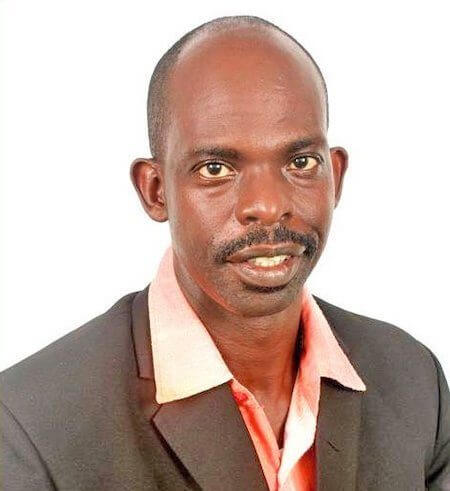 The cash-strapped Keith Mitchell-led New National Party (NNP) government has dropped strong hints that it might not be in a position to honour an agreement for a 4% increase in salary for public officers in January.

According to President of the Grenada Union of Teachers (GUT), Marvin Andall, a government team led by Caricom Affairs Minister, Oliver Joseph sent signals to his union last week that the payment could be in jeopardy.

Andall told THE NEW TODAY that the government side which included representatives from the Department of Personnel Management contacted GUT last week for an engagement on the way forward for the country in the post-COVID-19 pandemic era.

Prime Minister Mitchell has stated publicly that government revenue has taken a big hit due to COVID-19 with the Customs Department and the Inland Revenue Department (IRD) in the Ministry of Finance not being able to meet their set financial targets.

The shortage of cash in the Treasury has also resulted in the NNP regime pulling back on a commitment given to hotel workers for an extension of the payroll support programme for another three months after it ended in June.

When probed, Andall said that Minister Joseph and his team tried to make a case to GUT that due to the current shortfall in revenue, government was looking for ideas on how to deal with the financial challenges facing the State.

He stated that the senior government minister did not ask outright for a waiver or a temporary hold on the 4% payment but presented it in a very subtle manner.

“…They didn’t present it in that way (a demand) – they say it will be a challenge to pay the 4%. They presented the figures to make the case that it will be close to impossible – very difficult for the government to pay what it has agreed to,” he said.

Referring to the 4% as an already “signed agreement”, the GUT boss described the move as a clear attempt by the Mitchell government to put on the table for discussion the 4% increase in salary for teachers.

“What they did was to present the State of the Economy (financial figures) and gave some breakdown as to their revenue collection. All we said is that we could just listen. That decision (on deferment or to forego payment) has to be made by the members,” he said.

According to Andall, it was clear to GUT that the Mitchell government was coming to the union under the guise that it wanted to get ideas from the organisation on how to deal with the current financial situation in the country but the real intention was the payment of the 4% increase in salary.

He said the union sensed that what the Mitchell government was really trying to solicit was a commitment from the GUT to forego the 4% payment due to teachers.

Andall indicated no proposal was presented by Minister Joseph on behalf of government to GUT on the issue itself.

He said that no union leader can act on his own and go and agree to commit the union membership on the 4% issue.

“I said to him (Joseph) you don’t really want to hear from us – you just want to ask us not to ask for the 4% but we can’t make that decision. That is a decision for the members to make – all we can do is take it to them.

The GUT is now expected to meet with teachers to inform them about the meeting with Minister Joseph.